In between the previous drawings, I also been living, talking, thinking, and dreaming awake.

So beside the lines, I also find words who wanted to play with I. Or the opposite. I first search them on a sketchbook, without thinking, just like the lines. I hear one word, say it, he will call the others. The first one was and is «CONSCIENCE», or Consciousness if said in english. 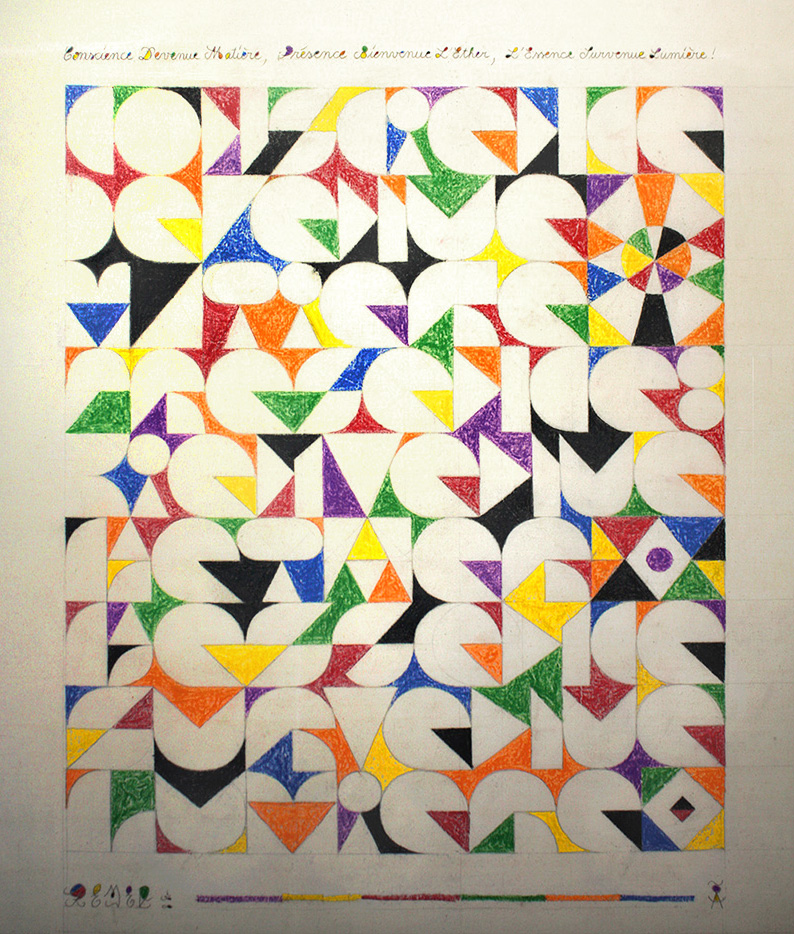 I found the first sentence which became the Title, the global direction.

«CONSCIOUSNESS BECOME MATERIA». Then I kept on finding a variation of ways, those made of association of words and ideas, the whole aiming for the same global harmony finally born through the repetition of the structure achieved on the first sentence. 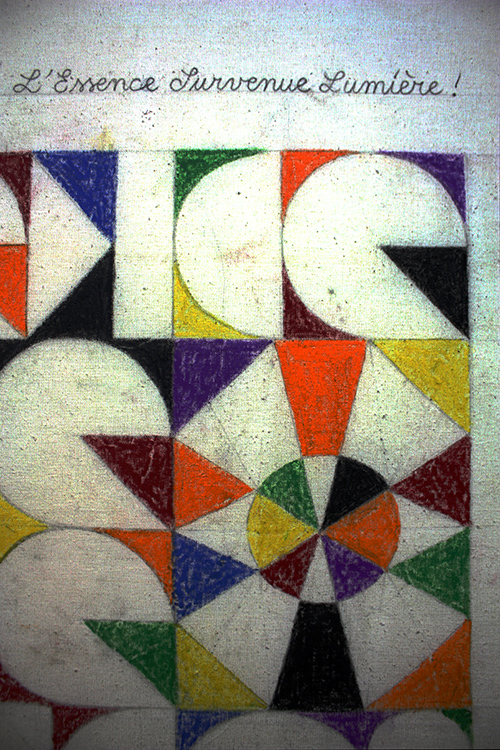 Here is a close up on of the symbols composing the poem. this one on the right is not a letter, but a representation of the creation of the world. Or at least, it is my own interpretation after it came to me. To be honest, rather than aiming to represent something descriptive, I was just playing with straight lines in a square space, and the round was there to bring something more feminine, more organic, more complete. And obviously the fusion became a burst of energy.

But down here is a picture of the process, in which you can see on the top of the Artwork, a few lines aiming to find each other in a shared sense. They are the softness of this Universe, there is desire of existence before there is birth. 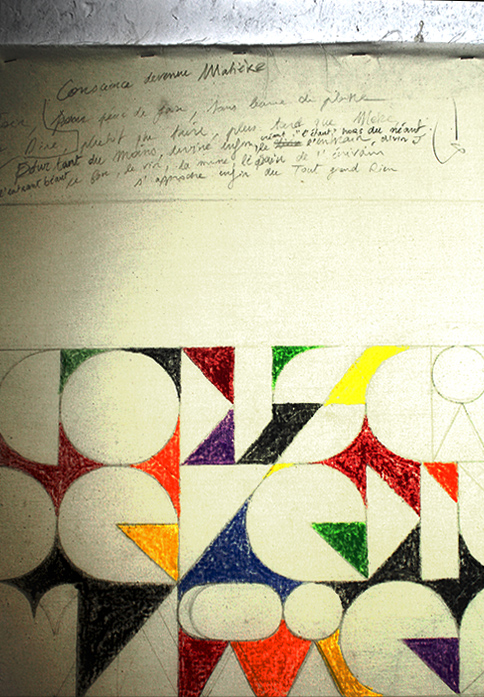 So on the upside part, you can read : 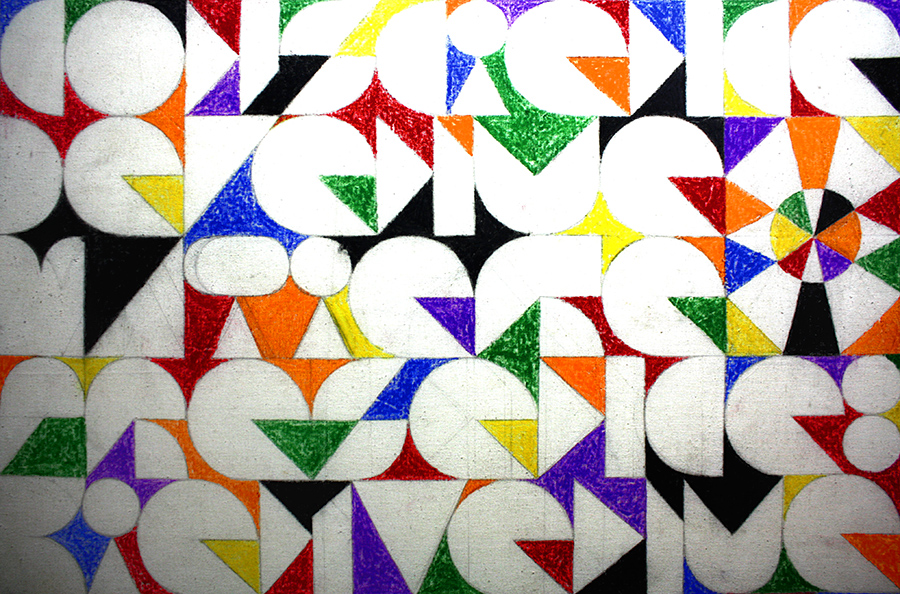 From that point, I started to do 9 horizontal lines, that would be the base for each sentence. But as I told you before, after it had expanded through many ways, many words, the whole finally condensed into a 9 line poem, each line made of only one word, the whole building a sequence of 3 sentences blending into 1 Poem. 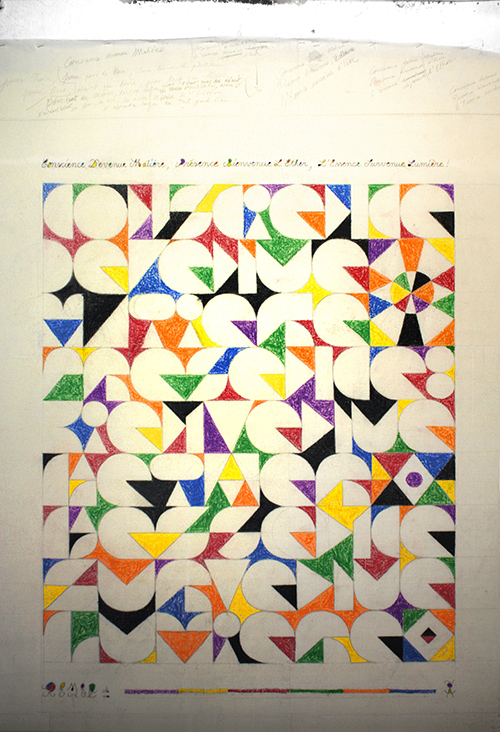 On the top of the canvas, you can see the same poem written in handscript, so that the viewer/reader can have it easy to read if he is not able to take the time needed to seek. But I like to think some people can read it without the writing above. One just have to understand the structure of the code. Each letter is held in a rectangle. And each letter is made of emptiness surrounded by colors. The trick of the game was to manage to isolate each entity from its neighbor, so that they don’t blend in confusion. I am happy that all the letters have finally been able to stand on their own, beyond the fact they are part of a Whole.

I whish you the same.