All along the journey through the villages, I’ve been seing some great chalk writings on most of the wall i’ve been passing by. 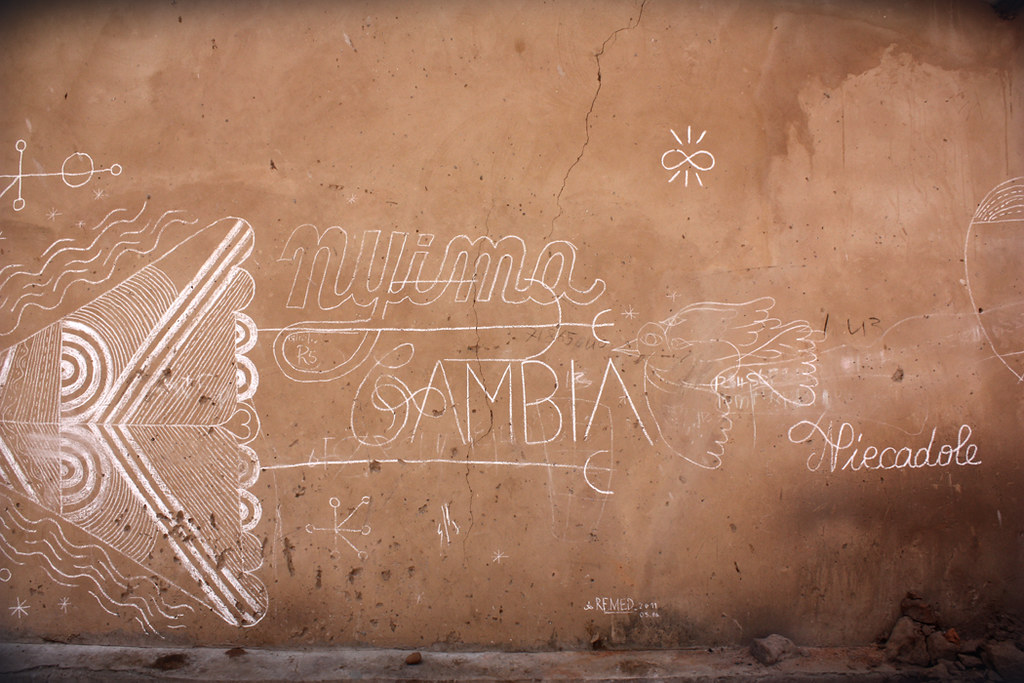 NYIMA GAMBIA, NIEKADOLE. «Beautyfull Gambia, I love u». Chalk on wall. By Remed. 2011

Some of them talked about football team, jamaican singers, and crew names. But you would mainly see messages about Peace, Love, and Unity. 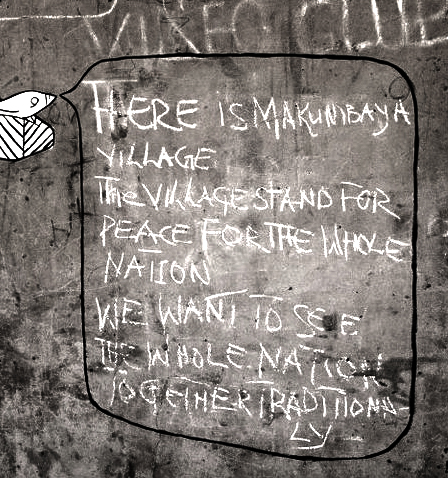 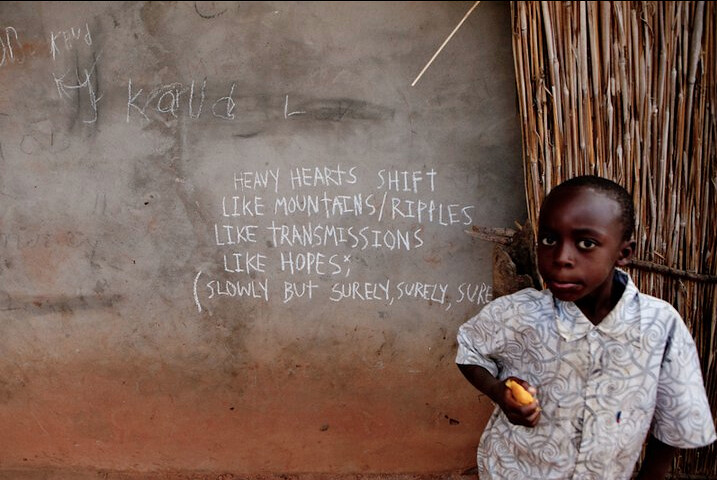 As it inspired me, while walking my way through the villages, I did some chalk writings too. Spreading peace all along the way. IDYA LAMA LAMA * 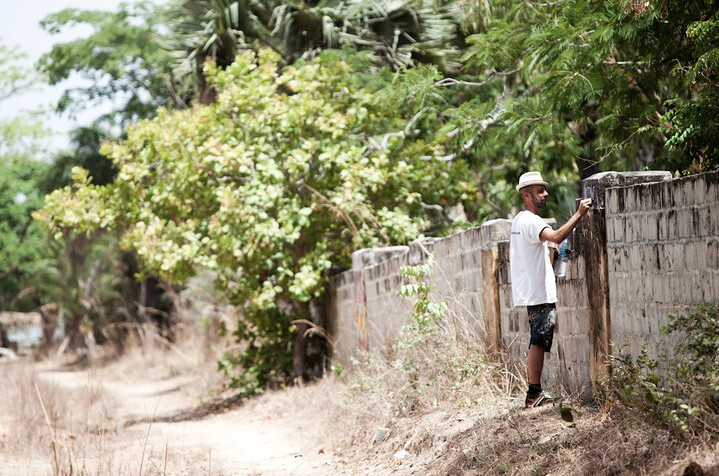 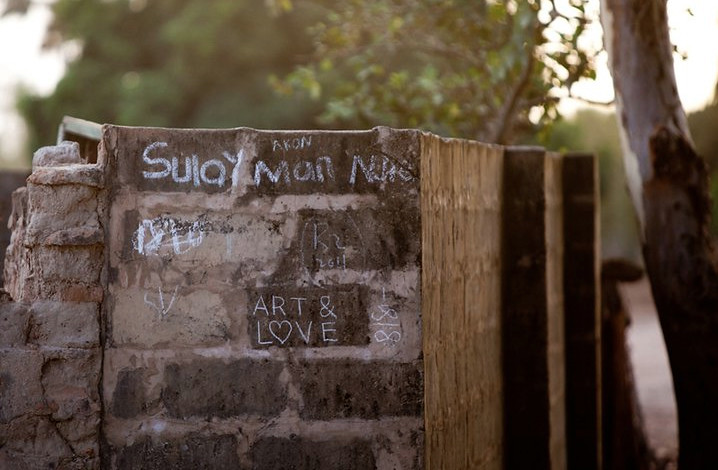 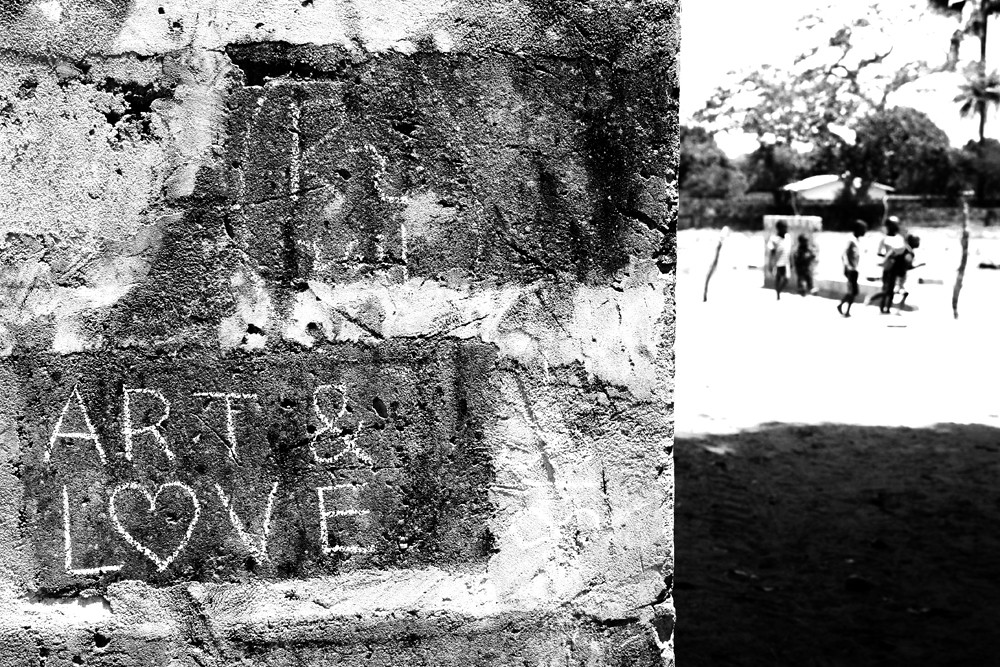 One day, as I finished a piece quite early in the afternoon, I started to draw, thinking I would do a quick shot…but as time was on my side… I kept on, and on… and almost filled the entire wall. Eventhough I knew it would be ephemeral, I was completly devoted to it while doing it…It took more sens than what I would have expected. 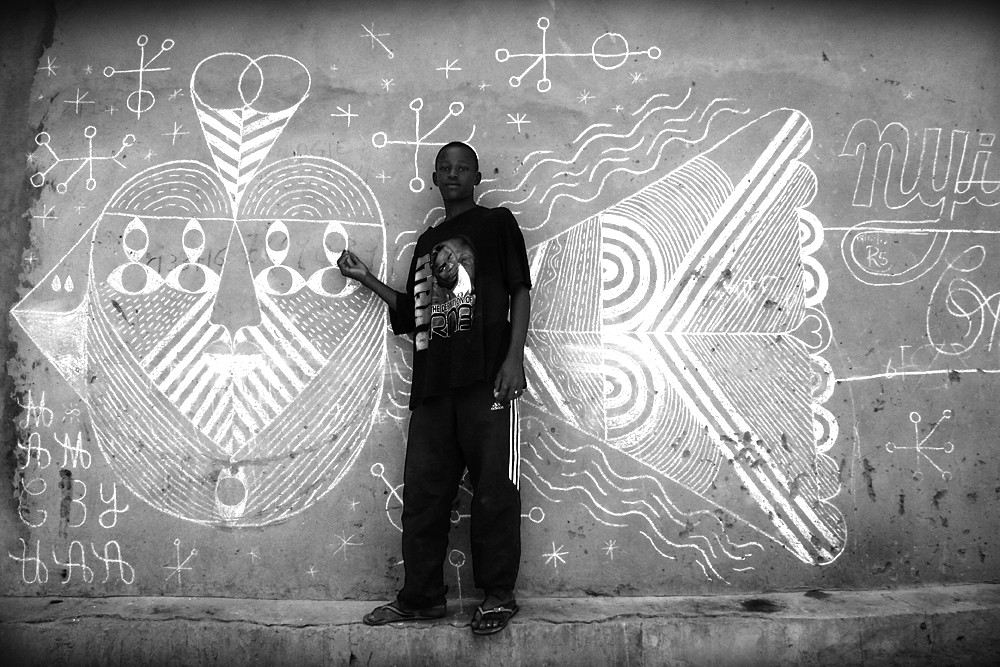 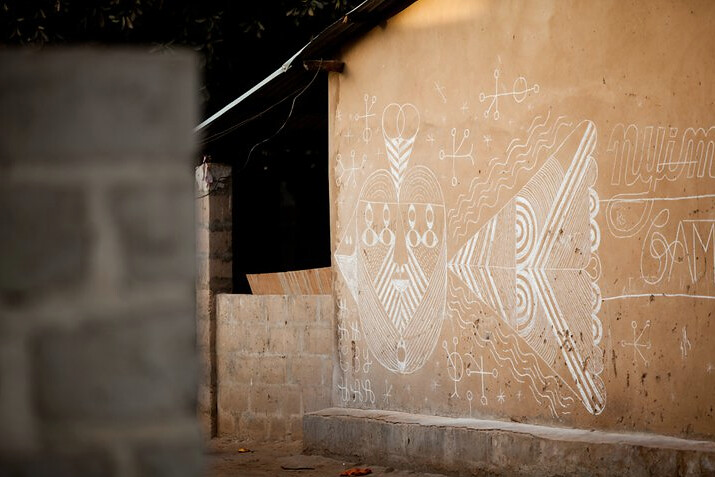 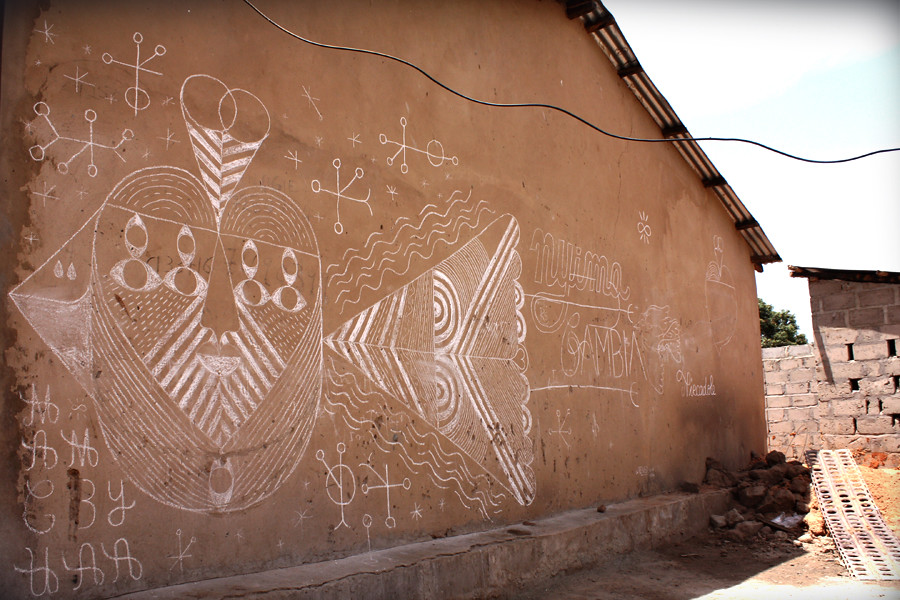 One of my greatest joy, during the process, was to see my brother Mohamed, taking a chalk, and doing is own version of my Art, under the laughs of his other brothers. Spreading Life. Making Art. 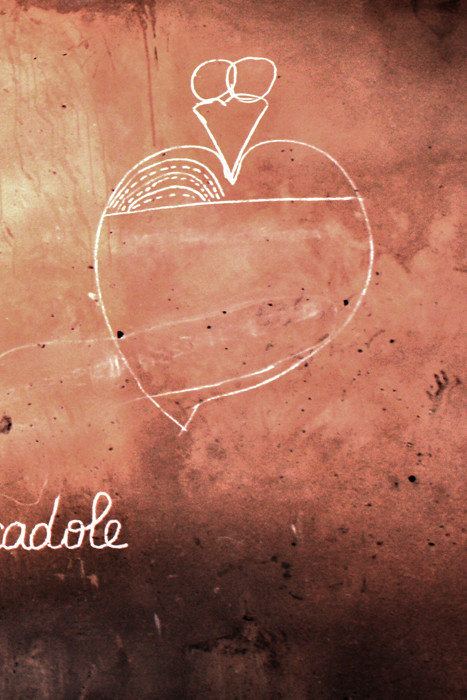 And One special thanks to Assan Beyai, for being such a great and wise humanbeing, bringing hope for humanbeing and Gambia, ONE LOVE brother!