The Wide open walls projects, which aim to paint 14 villages, brought us to Galoya, a small natural place beside Macumbaya. 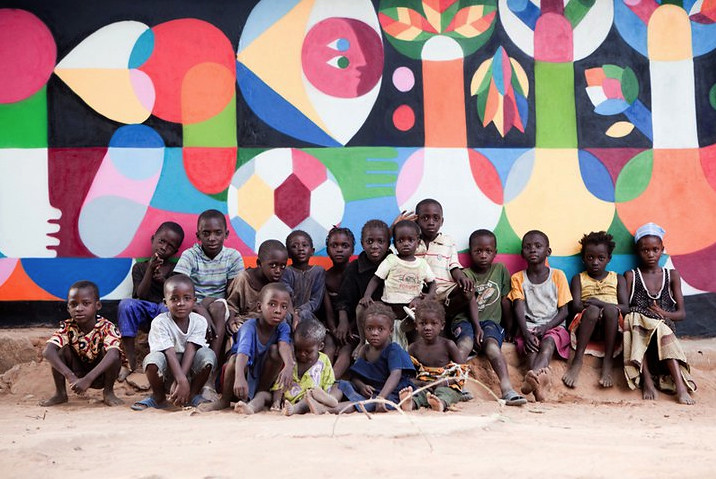 I remember the first day we arrived there…there was a meeting of many villages into one, in order to celebrate some special happening. The place was full of kids, everywhere…

When our toubab* pick-up arrived, we became the center of the attention. I remind the voices begging for bottles, and sweets which we didn’t have. The whole thing was quite confusing, because of the amount of children reaching us.. 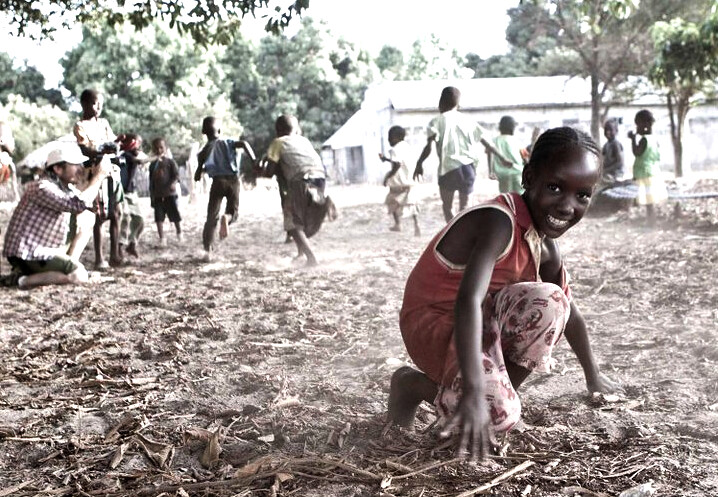 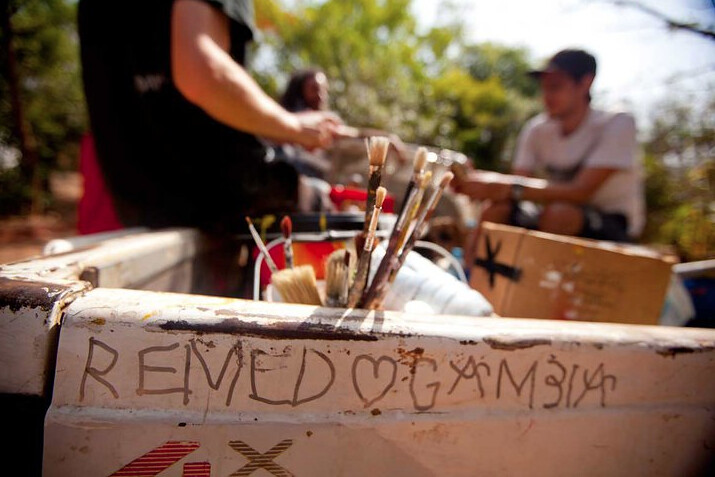 THE ART PICK-UP IN GAMBIA. picture by Jonx Pillemer. Africa 2011. 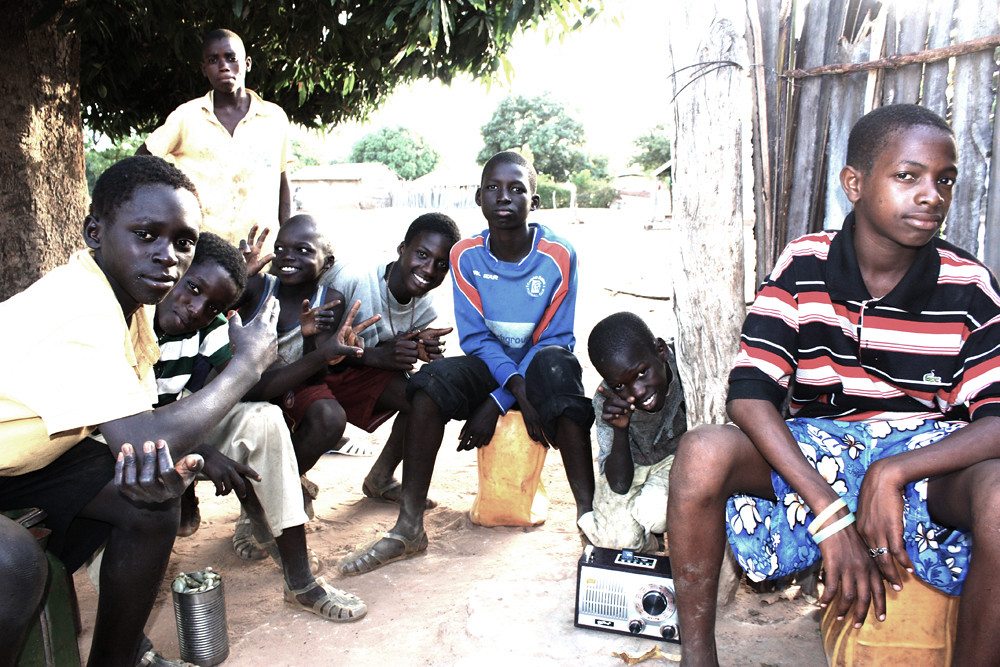 So, I sat down there, on the ground, and started to watch and draw in the sand. Then kids came around, surprised of seing an adult sitting on the floor. They all gathered, and interpreted the drawing their ways…many smiles came out, and i gave the wooden stick to one of them. He started drawing a face, I liked it. Then all of them wanted to have a word on it, and then show their own skills… It was really interesting to see the similarities and differences between each of them. And really great to enjoy the expression of themselves..

On the next day, I came to make a wallpainting there. I was directly attracted by a great wall, with a place to chill in front of it, just under a beatyfull tree. 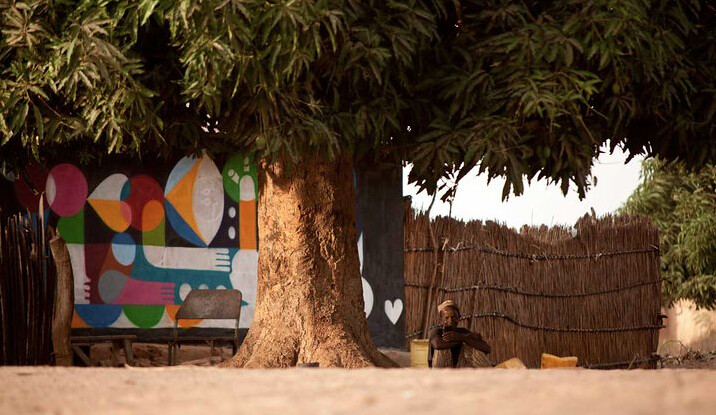 During the trip, we always seen some people on wooden boat, usually women, fishing or taking the oisters out of the mangrove roots.

We were blessed to come in the mango season, where you can see some branches fall down the floor, offering dozens of fruits to the people. There are also many cashew fruits, and bananas. 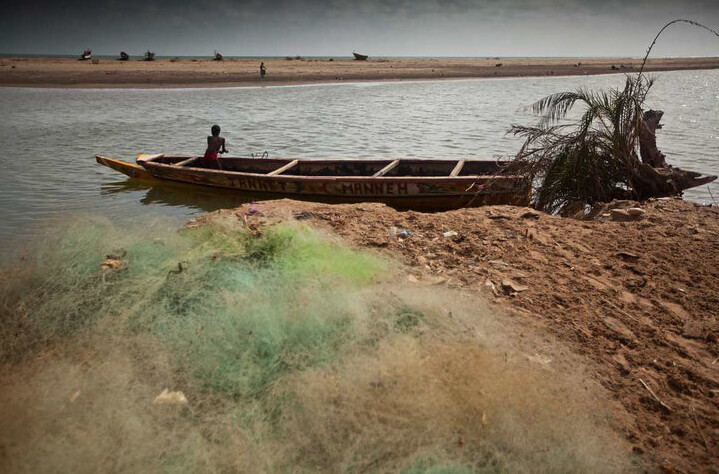 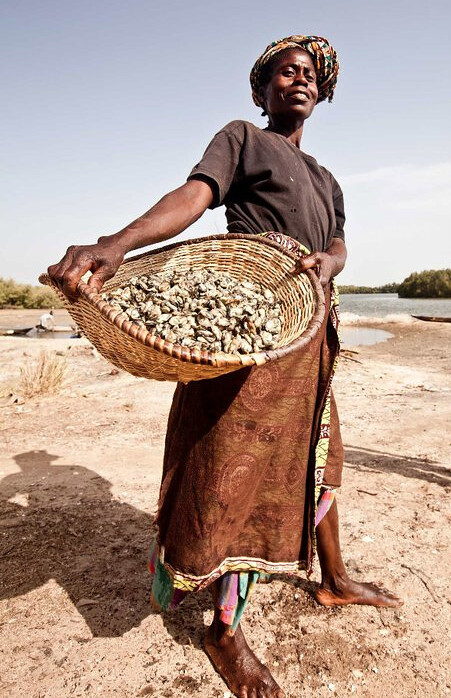 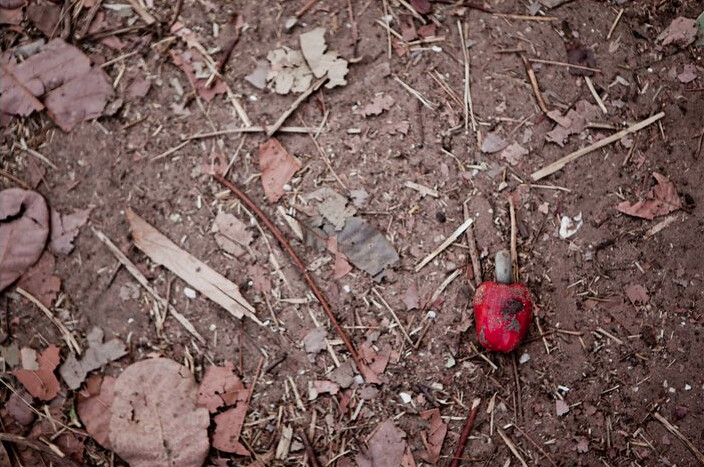 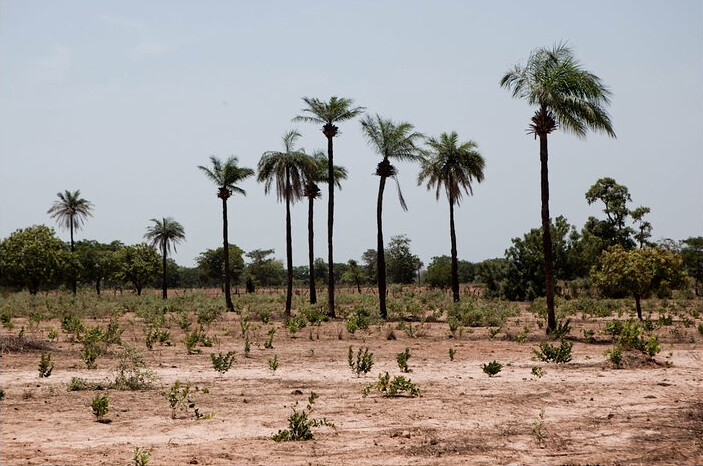 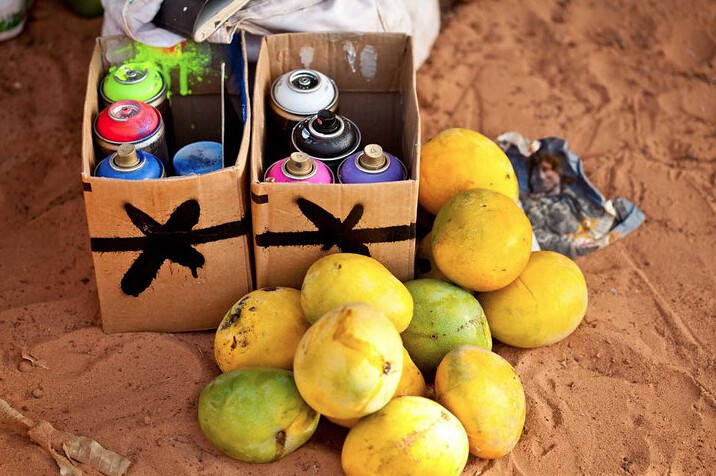 So, this are the sights that influenced me. I’ve been inspired, and I felt like painting someone on a boat, full of food, of color, allowing him to travel through the river of Life. 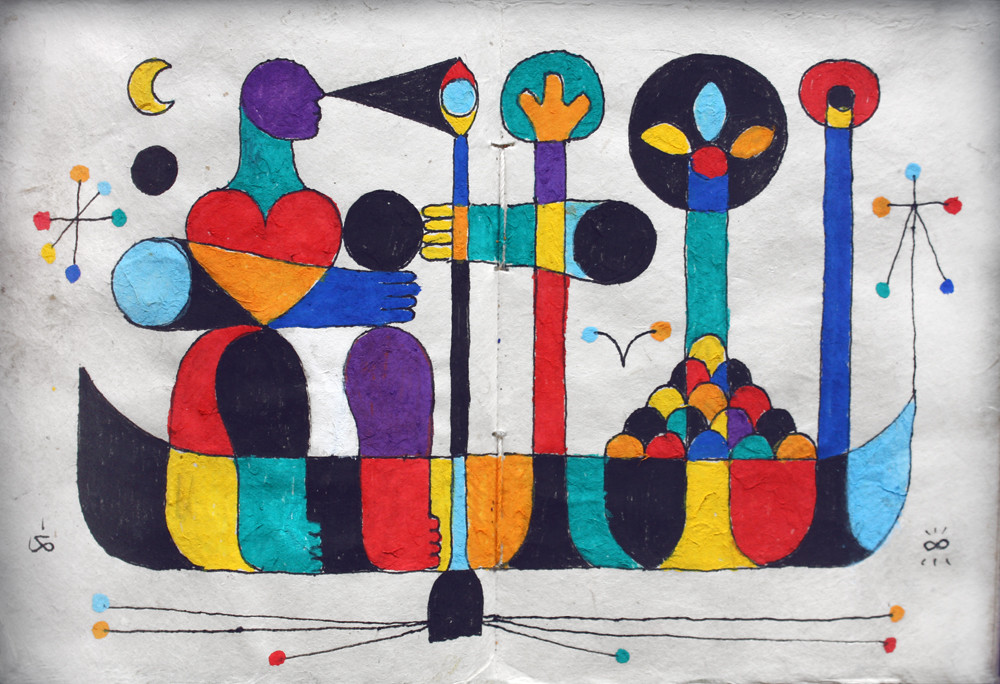 MAN ON BOAT WITH TREES. Gouache on paper. Gambia 2011.

The man happened to turn into a baboon, kneeling on the boat, in which was a football, and some cashew and mango trees were standing for boat mast. A message of hope. 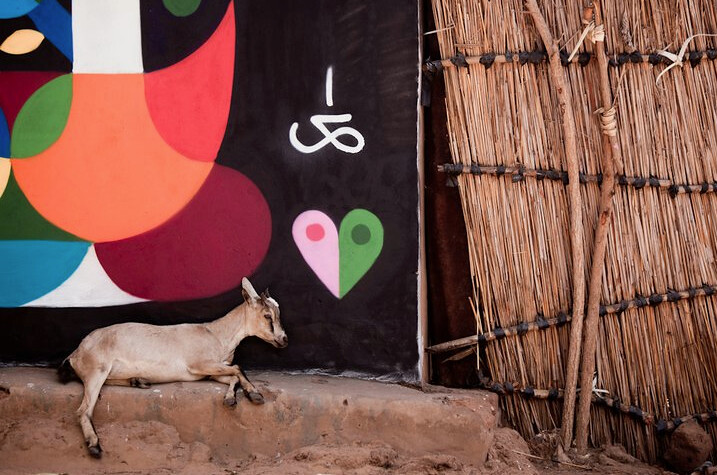 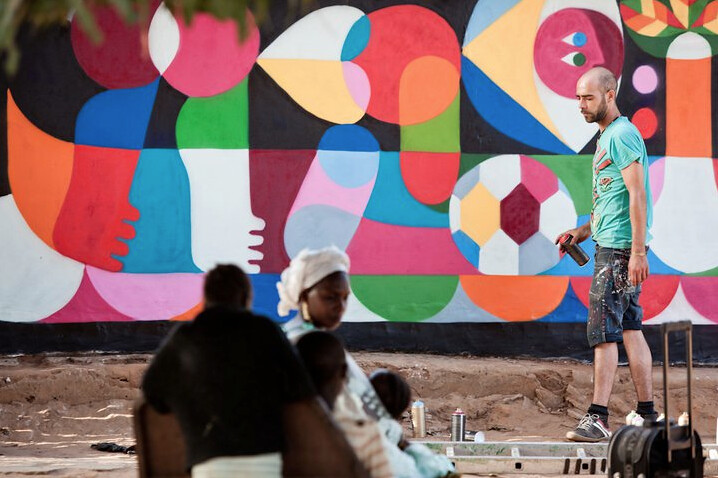 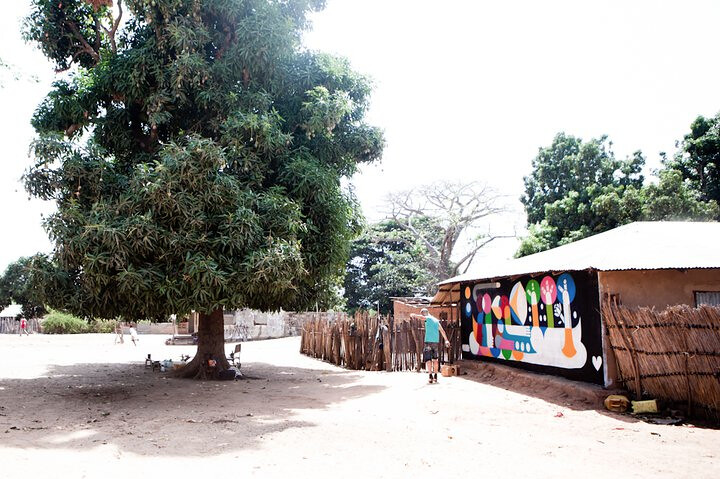 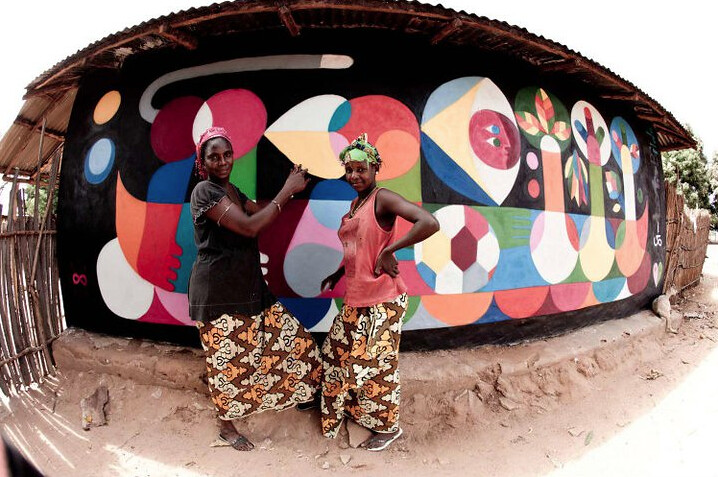 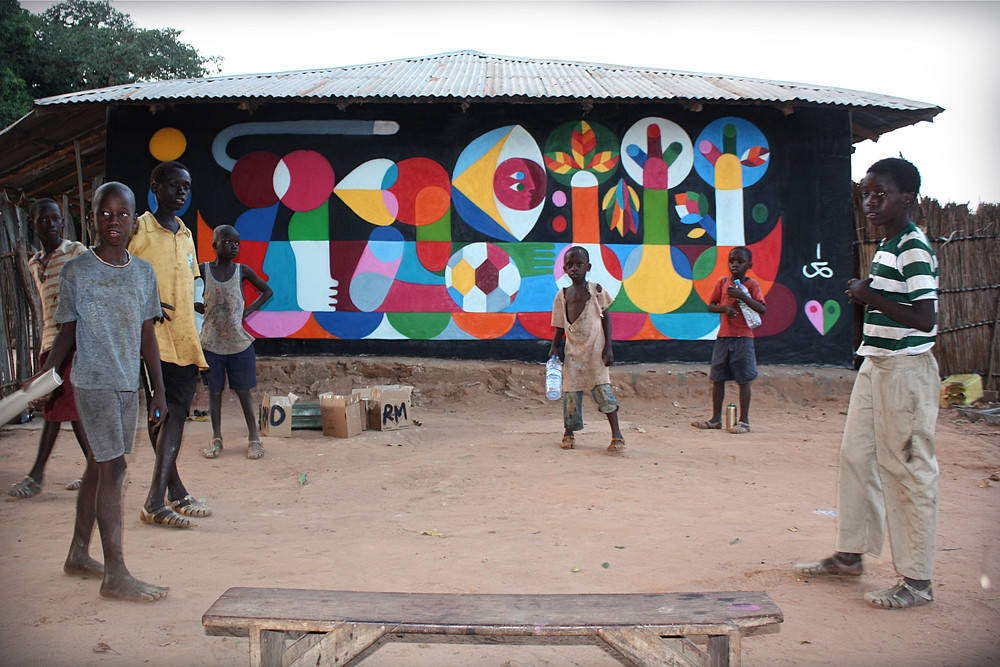