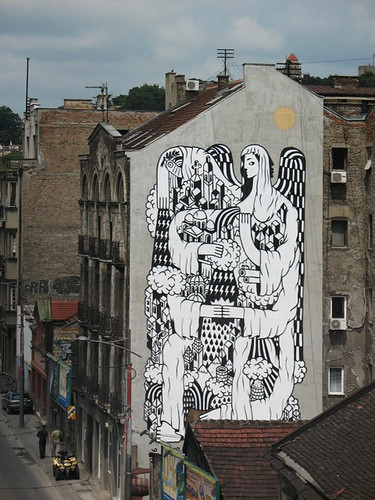 i’ve search some informations, about the history and architecture of Belgrade. then i learnt, that it has been destroyed and rebuild 38 times in her history.. So this &quot;santa&quot; inspired from an icone of the city my friend sent me, has several hands and a hidden black face. Between her legs, an egg from which goes out life and civilisation. One hand is holding it, protecting it…One other hand is sending lightenings on the city to destroy it, but in her sleave, there s a white flag of peace…One of her other hand, is holding her brest, as a mother giving milk, feeding the city…but hidden in her sleave, a big gun, war weapon…Then the top hand, is also sending lightenings destroying the city, but from her sleave, a free bird is going out to fly and spread p e a c e ! 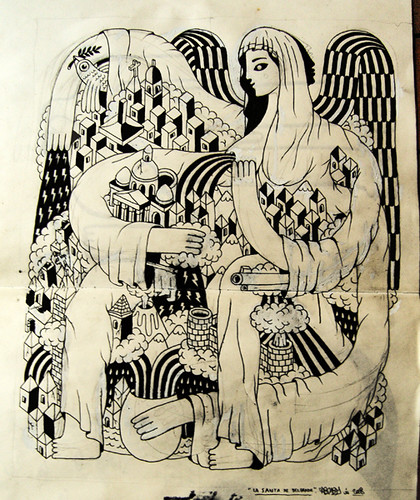 Skecth for the wall i’ve just painted in Belgrade, SERBIA.
pencil on paper. 2008 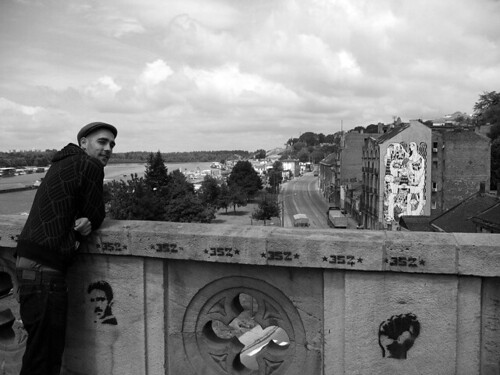 View from the bridge that goes from the new city to the old. Introduction.