In august, after having been to Atlanta, i’ve been invited by MAC for the POP UP Festival, in Ancona. ITALIA.

It’s a quite small city, on the east coast, surronded by beaches and hosting a fisherman port. I’ve been invited to do various things, and one of them was to paint a wall quite close to the port. 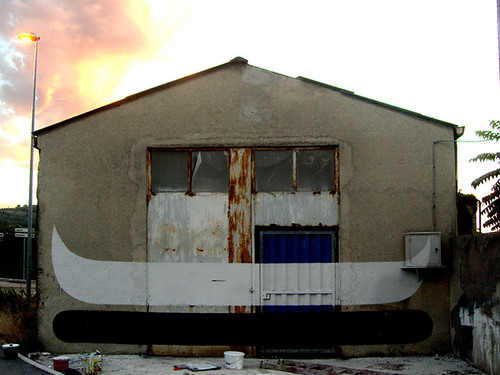 I didn’t had time (once again) to think about this project before, and didn’t have any new sketches neither…but after Atlanta which was really hardjob, iwas feeling really relax, and able to draw something quite naturaly. 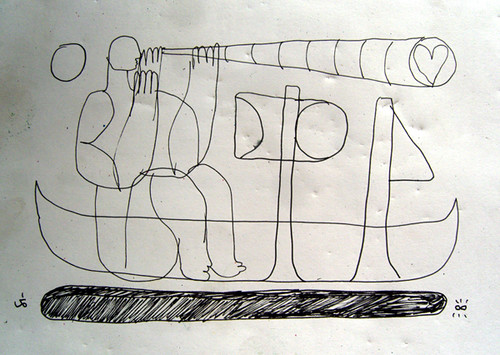 Being inspired by the proximity of the sea, a man on a boat appeared. I think i also been inspired by a draw i’ve seen on Feral’s tshirt while being in the us. It  was a quite realistic illutsration of a man sitting on the top of the main sale of an ol boat, looking at the nightsky. i guess it stayed in my mine without me really noticing it. Anyway, this man is holding a (too) big telescope through which he can see a symbol i especially like, a yingyanged heart. Love. 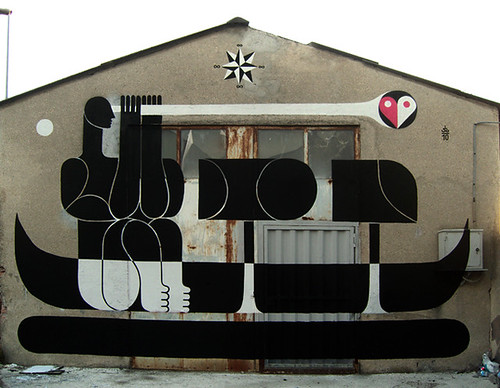