Mural on the HOSPITAL CHU of MARRAKECH.

As long as it is the street that opened me the door to the galleries, each time I do an exhibition somewhere, I try to live the city, and leave a gift to its street and people. 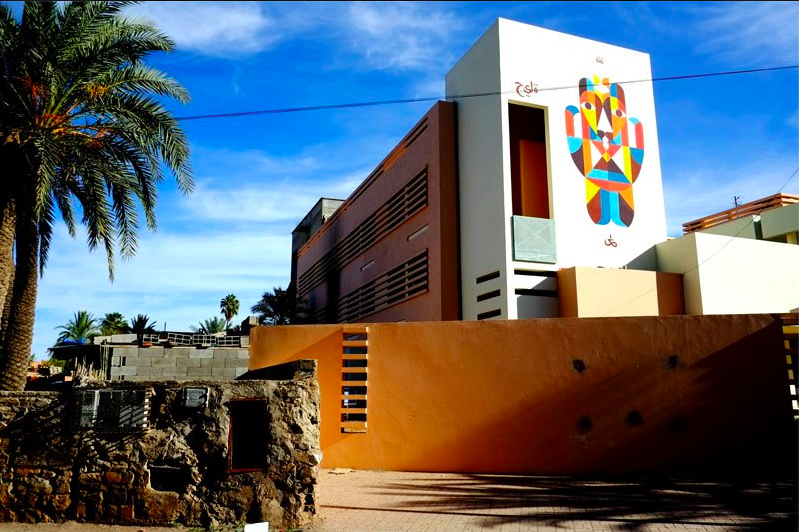 Among the people I met overthere, one is the architect of the hospital, and we got in touch in order to plan a mural on its entrance. The title of the piece is «HAYAT». It is the intent of bringing healing vibrations to a certain location, so that those entering it can feel a bit of hope in a place which balance between fear and faith.

The little story of it is that beside the face fused in the hand of fatima, I choosed to write a word in Arab. But if i know how to speak a a few words, I don’t know how to write it yet, and I made a mistake. I wanted to write the word «HAYAT» wich means «Life». But one of the guardian of the hospital noticed that instead of writing from right to left I did the opposite…so people would read «TAYAH». But he didn`t seem that much upset…and we thought that maybe it has been written that way so that the people entering at what could seem to be the end of their Life, can come out the other way around, able to start something again.» 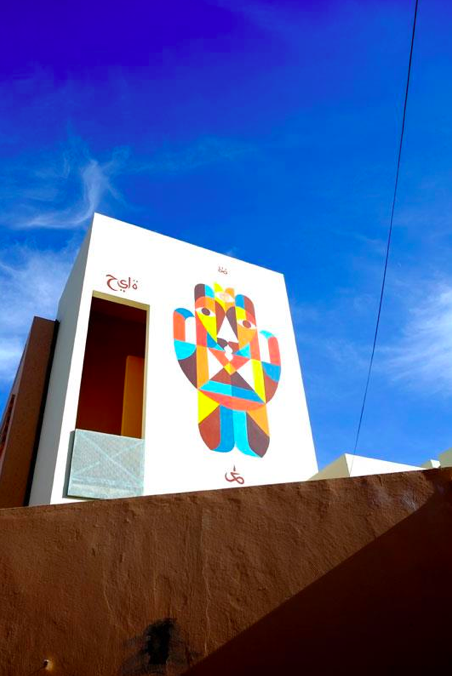 May those who need healing receive it anyhow.