In May 2011, I went to the beautyfull city of Poznan, in Poland. There, I took part in a muralism festival organised by Outerspace. 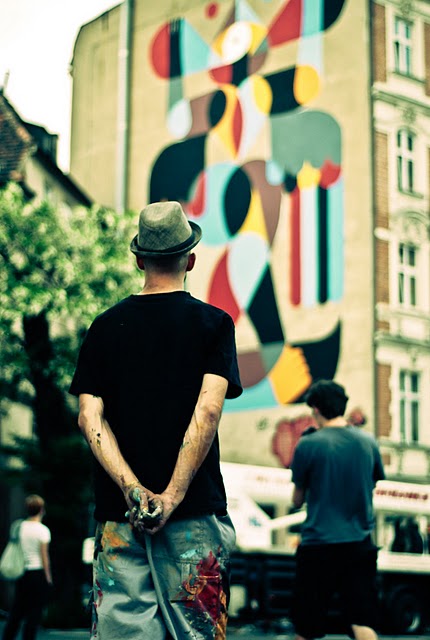 I was there among 5 other great artists, Erosie, Blu, Sam 3, Kenor and H101. We all were really happy about the whole project, its vibe and the people involved. We shared great moments of Art and Life during 2 weeks.

While I was in Memphis, i knew I had to go to Poland wright after, but i wasn’t able to focus on that fact. So I just thought i would find what to do there, or on the way. during the last day in Memphis, after one week of  manual work with no creativity effort, once the mission was accomplished, I felt like drawing something. I was feeling good. Really good. Fullfilled by Memphis vibrant souls. When this figure came to life on paper, I almost instantly knew it would be what will appear on Poznan’s mural. 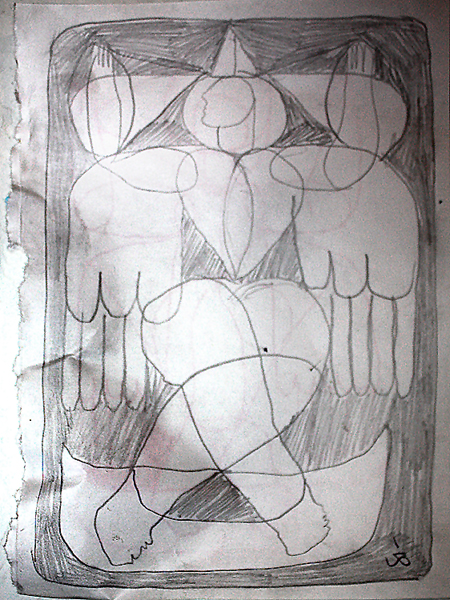 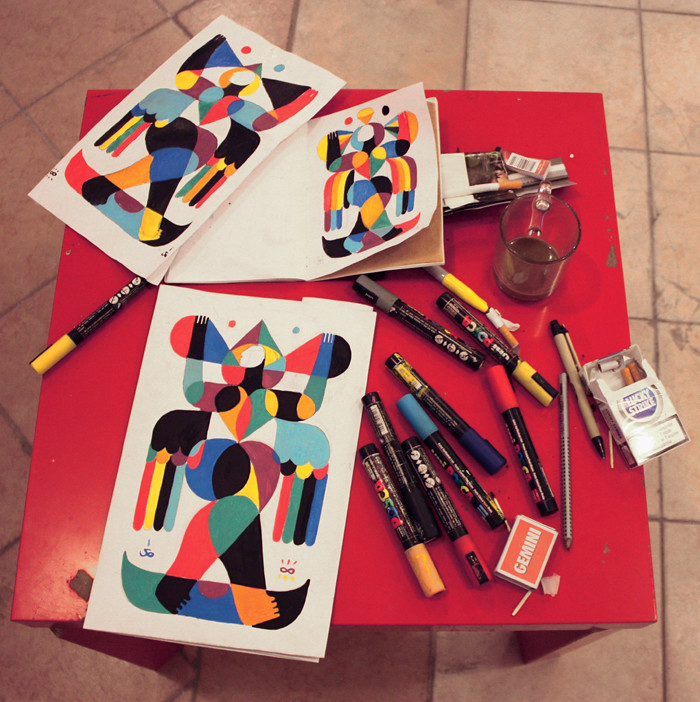 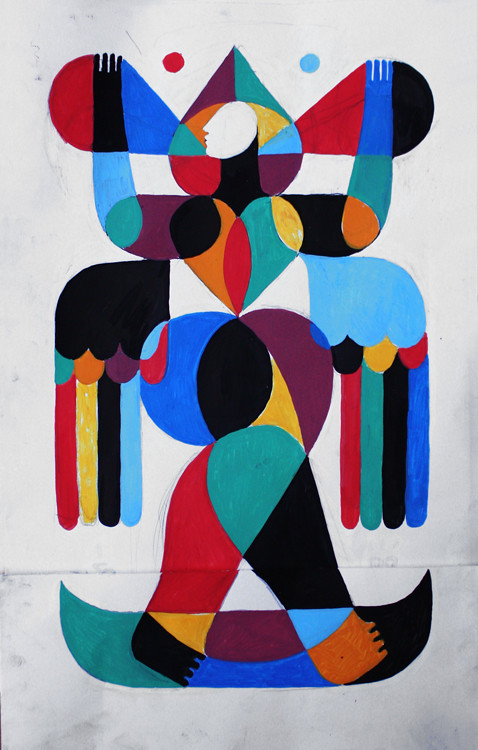 Once I found the satisfying composition of shapes and colors, I faced quite a big technical problem. The sponsor of painting is an ecological laboratory, that makes his own pigment, which is great. But, some of the colors i first elected were just impossible to reach with those pigments…I spent 5 hours with a drill, mixing and mixing the paints and pigments, being carefull of not adding too much pigment so that the colors would last as long as possible. I finally found the alternative, and a selection of colors I was glad about. 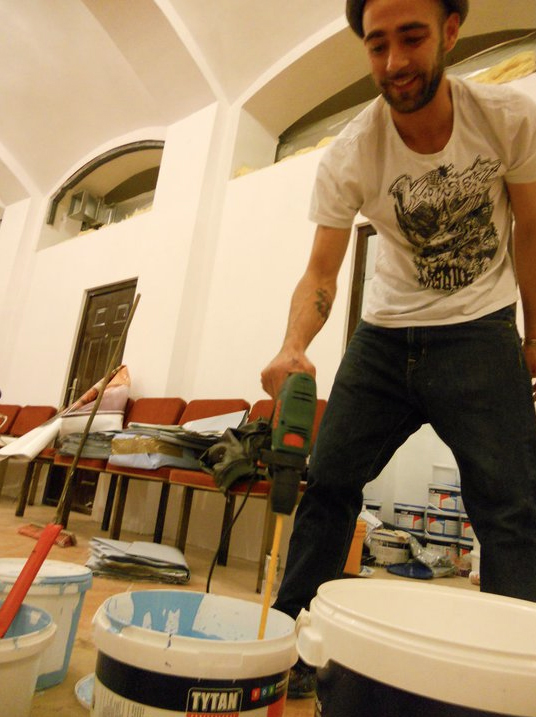 I finally was able to start the mural under the sun. 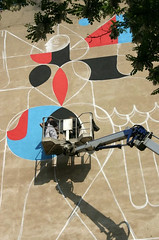 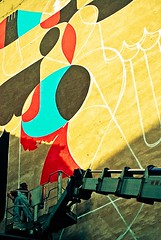 Thanks to my dear best assistant number 1 Anka, I had all my logistic issues solved and then managed to focus 100% on the work, so I could finished the wall in a few days, and be able to enjoy her city. I also sincerely thank Ula for the great help and Love : ) 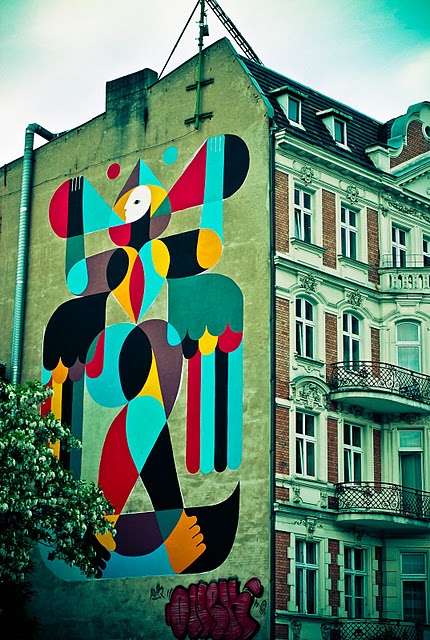 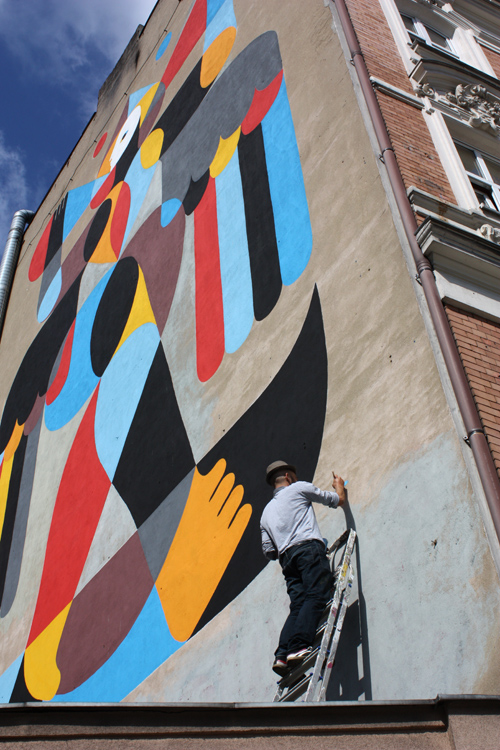 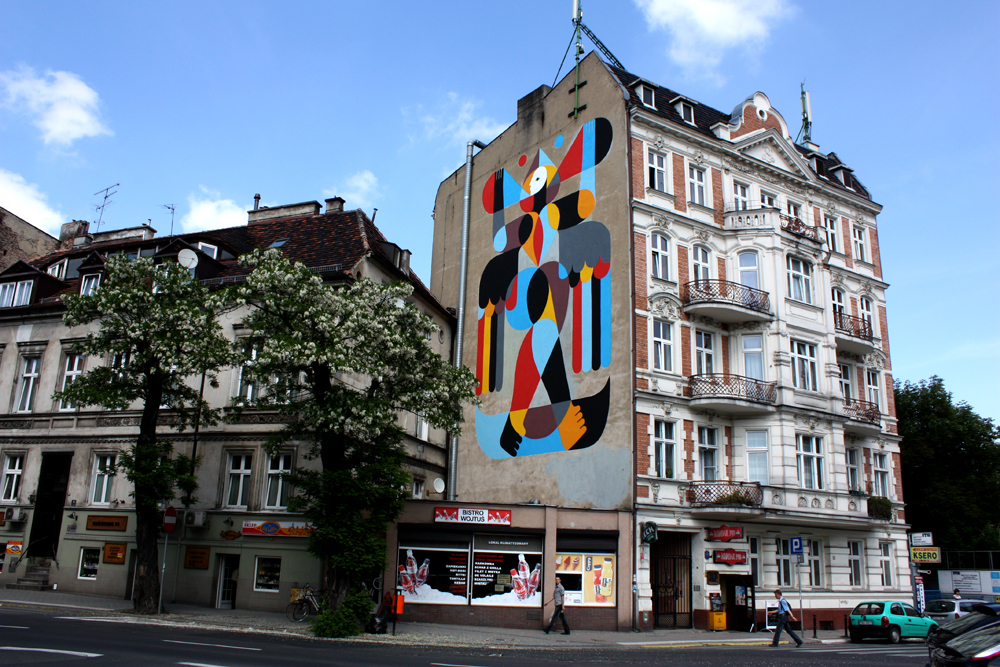 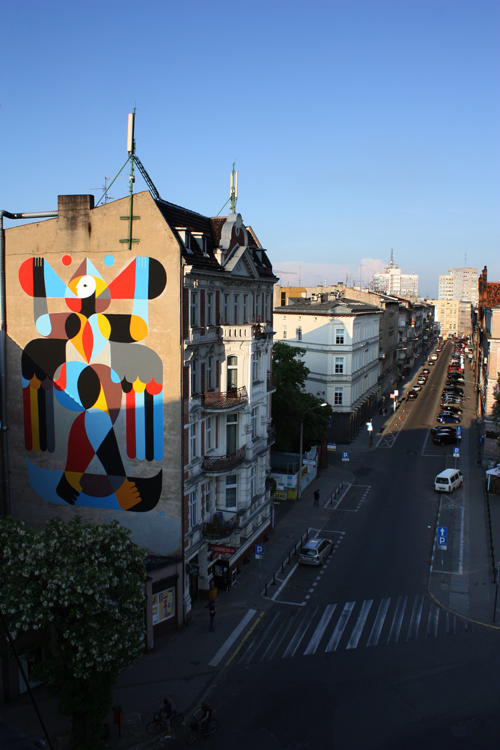 Once i finished the wall, two neighbours passed and stopped beside me, to share a few words that truely fed me. I thank Poland, Poznan, and its people. 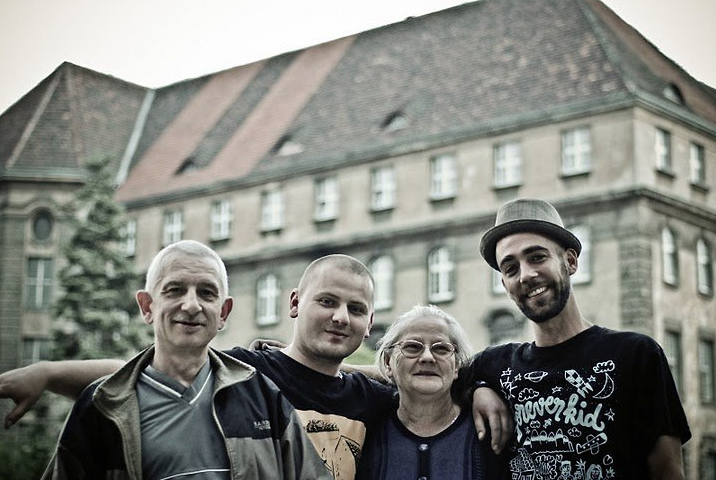 To see more beautyfull pictures of the Polish experience, check that link :