Last year, I was not much in my studio since I was on the road most of the year…but when coming back to Madrid, I always enjoy to paint when I got time and will for it. Always expecting to discover more of who/what I am at the present time. I try to really see, no to lie, just to assimilate, accept my inner feelings about my outside context…and leave the line tell me who I am in the now. 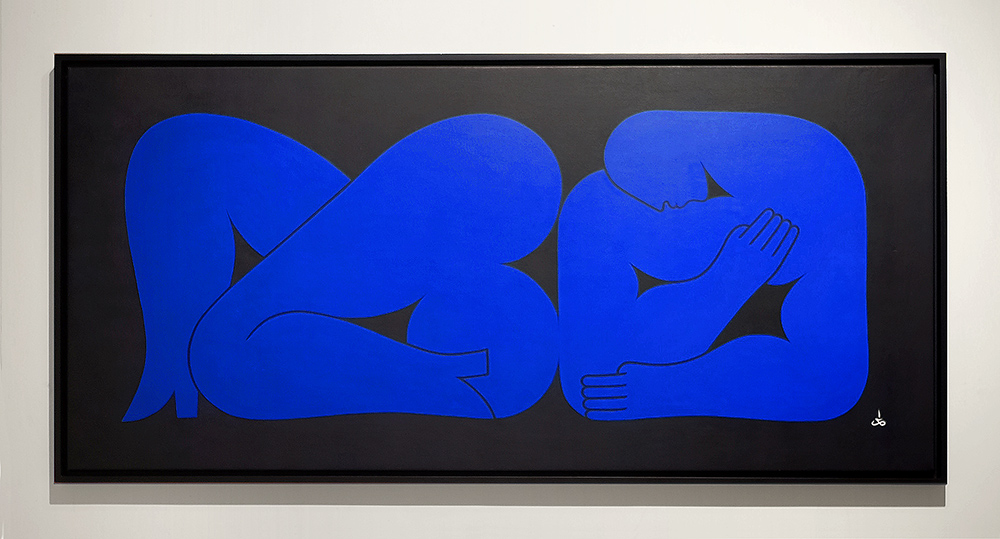 The truth is my friend Dr.Rafael Schacter asked me to create an artwork representing the map of my city, Madrid. I tried to throw some lines and words on a paper about where I live…but when the virgin canvas was hanged in front of me, I could only see body lines, sensual, organic, in movement. I couldn’t work on the cold structure of a city,

Here is what I wrote to my friend at the time so he would understand my state of mind and act :

«In Madrid, I had this large horizontal virgin canvas hanging on the wall for weeks waiting for me. I first prepared to make body(s) on it. in a style similar to the latest line draws with primar colors i ve been doing lately. Then I hanged it out cause i was traveling sooner.
Those days before I travel to Morrocco, thought about the map. I even started to write words and draw a few lines on a paper mapping the city…with pencil very roughly.
And I hanged up the canvas on the wall again. I tried to do the map. I took another paper and started to write some key words about Madrid….but then instead of drawing the lines of the city, I drew those of a body…and I loved it.
So the canvas or the city…became this man/woman, or man and woman being.
So…I wonder if can present this canvas, which is how I felt in Madrid, while thinking about who/what I was where I was.» 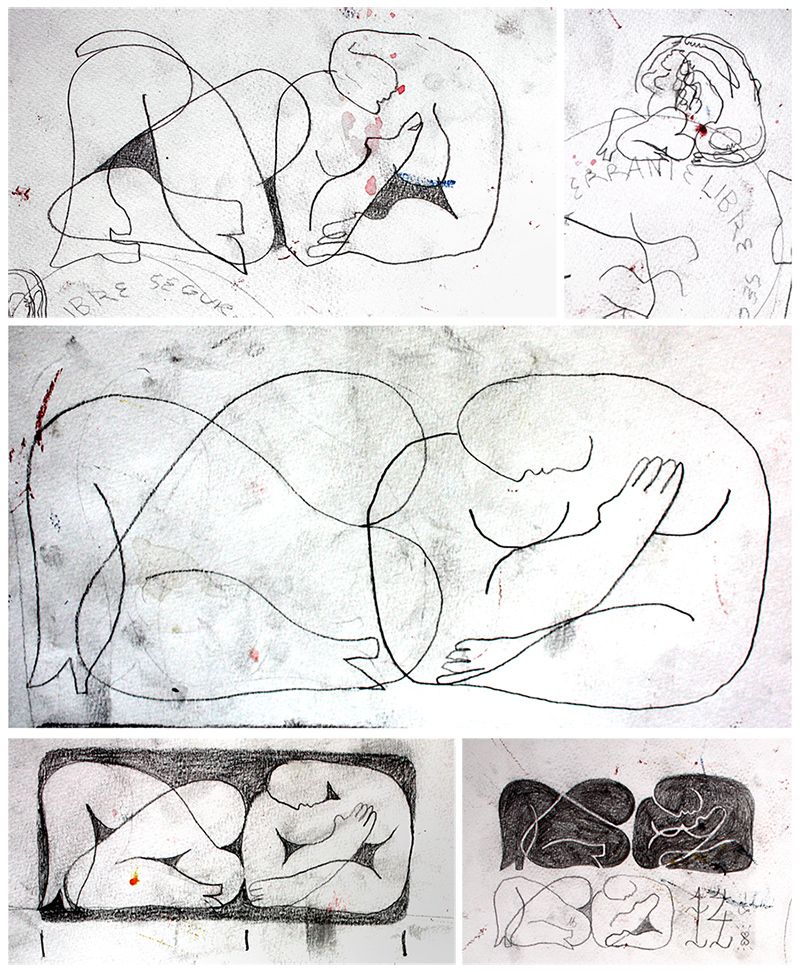 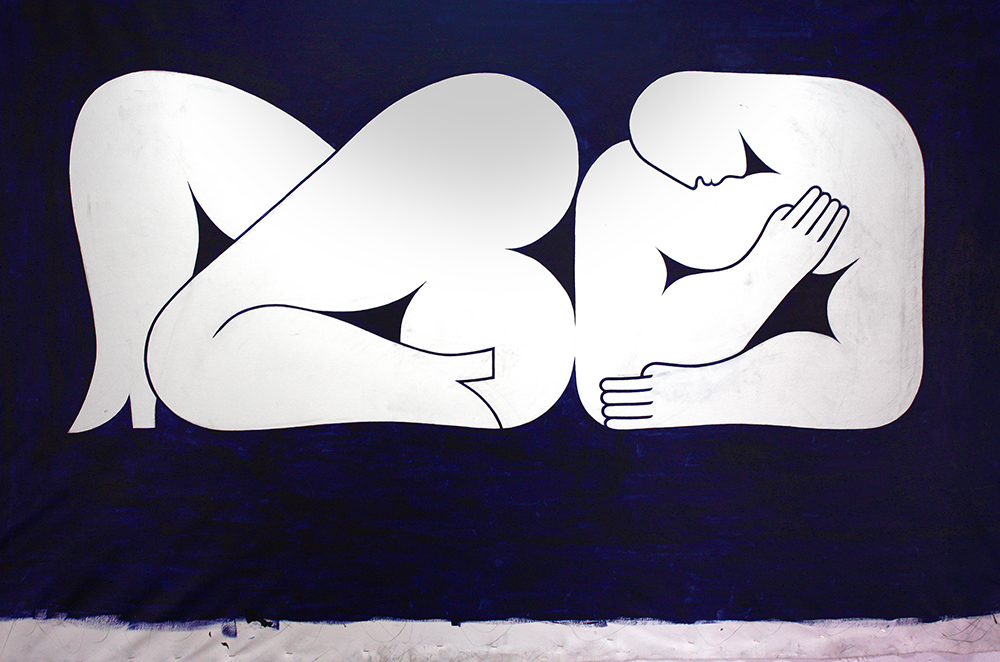 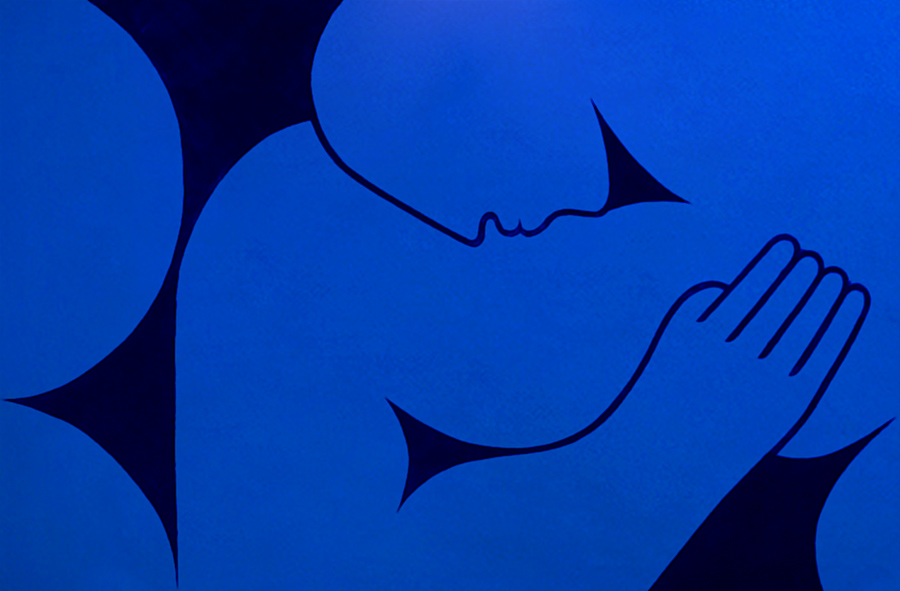 And that painting came out very special….a strange feeling of absence came out. A sort of missing element appeared in between the face and hand of the character. Actually this character can be seen as one androgin being. layong on his elbow. The other way to see this piece is to recognize the legs and bottom of a woman, on the left. You can imagine the upper part of her body behind her legs, laying in the opposite direction of the man. As well, if you can see the chest, arms and face of the man on the right, you might be able to guess his legs are behind him, laying towards us, but looking inside him. The global scene seen from top would look like a yingyang, or the number 11 depending on the curve you want to give to the invisible part of those/this body(s). 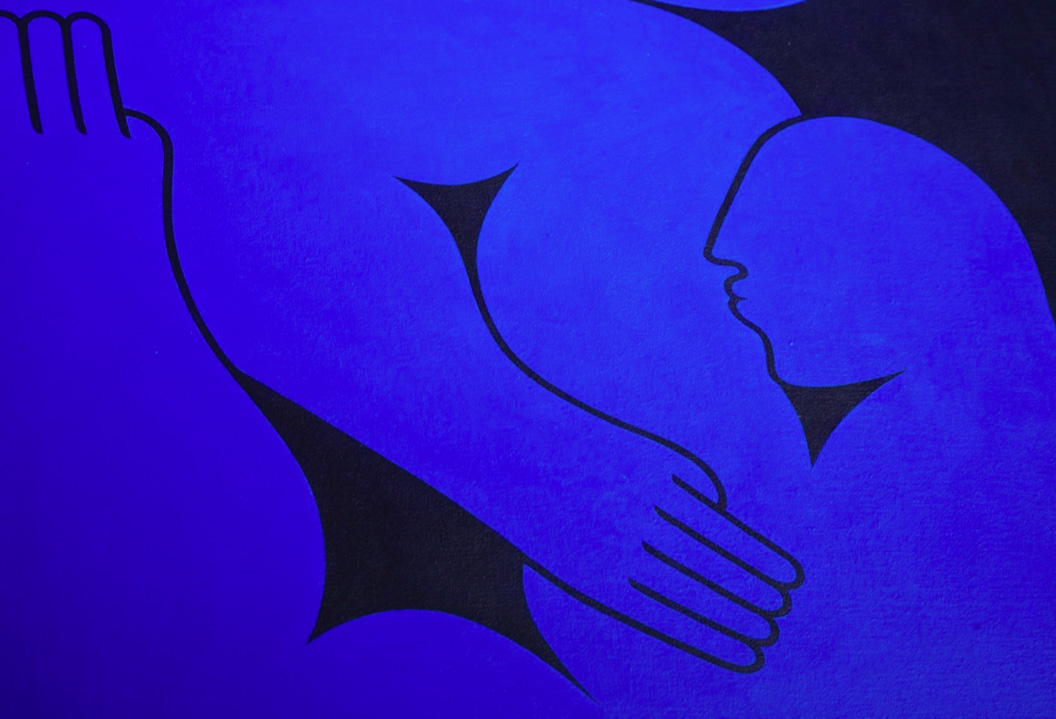