Thanks to Pietro and Francesco (059 represent), i’ve been invited to Modena, in northern Italy, to have a solo exhibition.

Due to the volcano fog, i wasn’t able to come one week before the show, but only one day…so that was quite hard and tight to put up the show in time…The opening was on saturday at 7pm, and at 4pm the gallery was absolutly empty.

But we manage to do everything…would have liked to do more, a bigger painting inside but still i think people had chance to see a large «évantail» of my work. 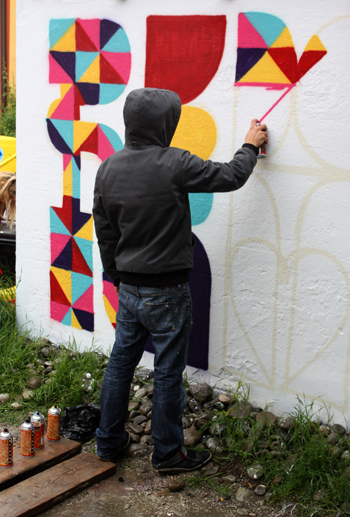 Here’s a few more pictures…i’ve been painting a quick freestyle lettering outside, under a smooth rain, on the wall at the entrance of the gallery, and then a pixaçào influenced typo on the roof of an inside box. 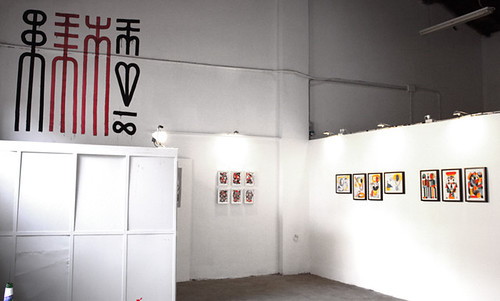 I had good time during the opening and especially like to answered the question of some viewer which was : «is your art about meditation ?»…

I will publish some pictures of each art pieces in the next post.

Have a nice day, go out, it’s spring!