While being in Italy this summer, i had the chance to meet (again)  my friend DEM, and share a wall with him. 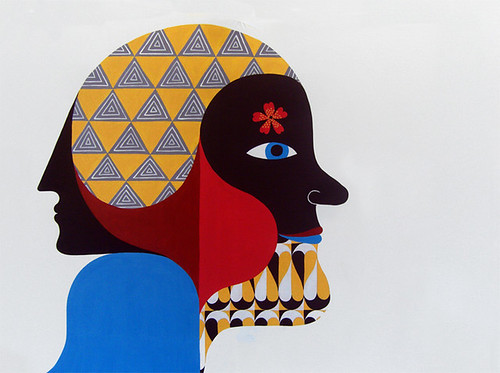 We knew eachother ‘s work quite good, and both guessed we’ll have to paint together soon or later.

It happened in Ancona. Andrea, asked us to work about love…he wanted something smooth. We don’t often work under any guidelines, but this one is familiar to me. 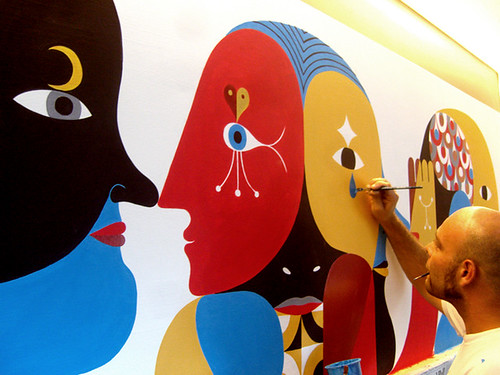 We talked around green wine and chocolate and then decided to work on faces.. We tried various way to fuse, and then found out that the best way was for one of us to take  a pen, draw the first lines of a face, then give the pen to the other so that he keeps on the curves in his own way, to create a «mixed» face charged of both of our energy, feeling and flow..

We did a serie of characters that slide the one to the others, meeting, fusing, then leaving, on and on…we could almost see them move, and really felt something special while giving them life. 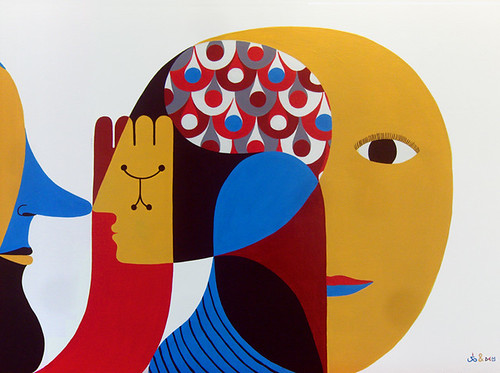 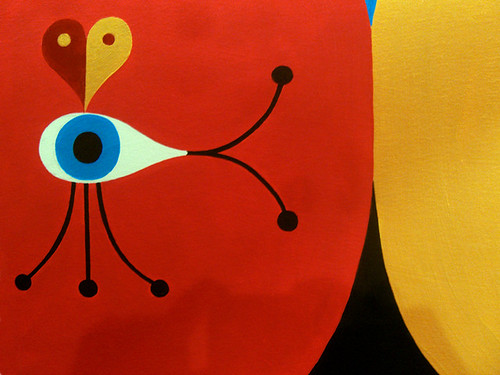 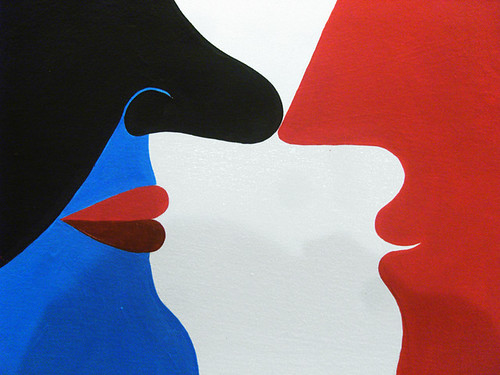