In April, I had the great oportunity to discover a marveleous city called «Soulsville» also known as Memphis. I’ve been invited by my friend Robert Loeb who I met in Miami through the artist Angelbert, last November. 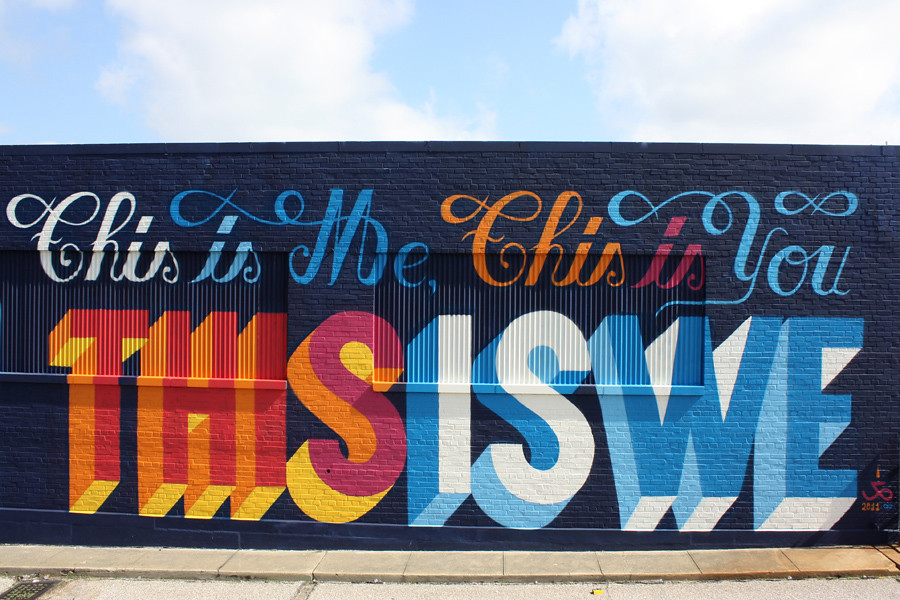 My experienceiin Tenessee was absolutely amazing, especially on the level of music. I heard over the deepest and most sincere voices & beats I ever heard in any places I lived. One of my favorite moment is when I came into Di Anne Price. She’s a soulfull and beautyfull woman. Charismatic. I seen her fingers slowly dancing on the piano’s keys while her smoky warm voice was singing some true words about Life, me sitting at her side, sipping a glass of rhum. Staring and listening to magic happening.

That was one of the many surprises I lived while being in the city of souls. Alive souls.

On the first afternoon, I went to the parc, after the museum, and found on the way two sculptures looking at me. I sat, looked, and drew them. 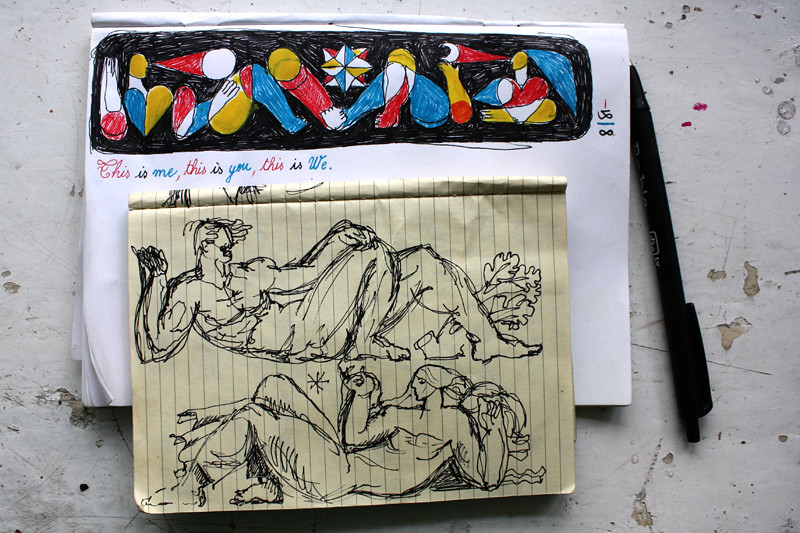 MAN & WOMAN FACING EACH OTHER. Sketch for mural. Pen on paper. 2011

Then, I made some researches on colors and organic geometry. 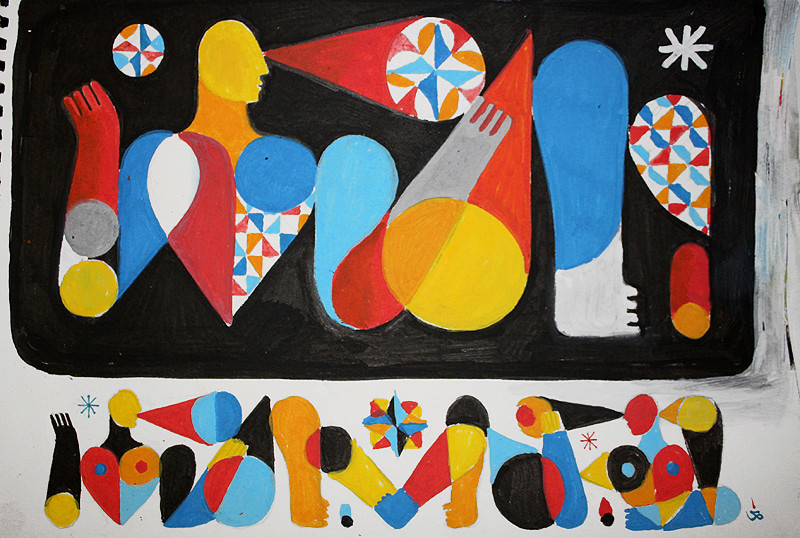 I finally found the great harmony. And started to paint.

After A period of 3 days sorm with floated and high rains, sun finally came out and allowed me to begin. 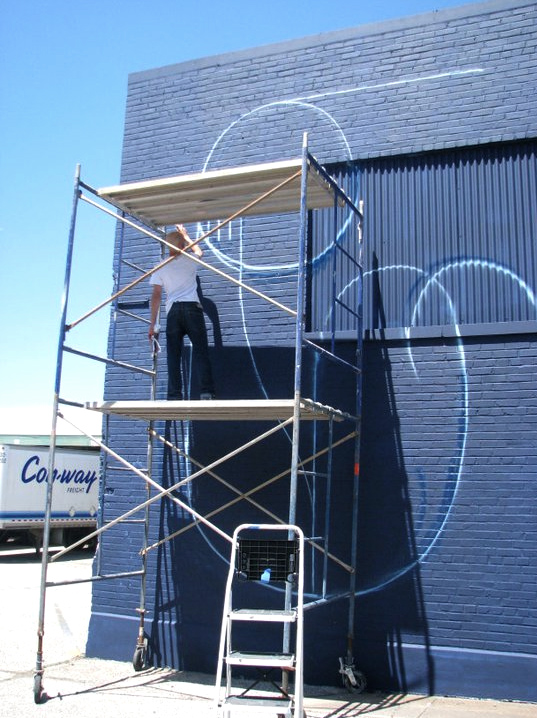 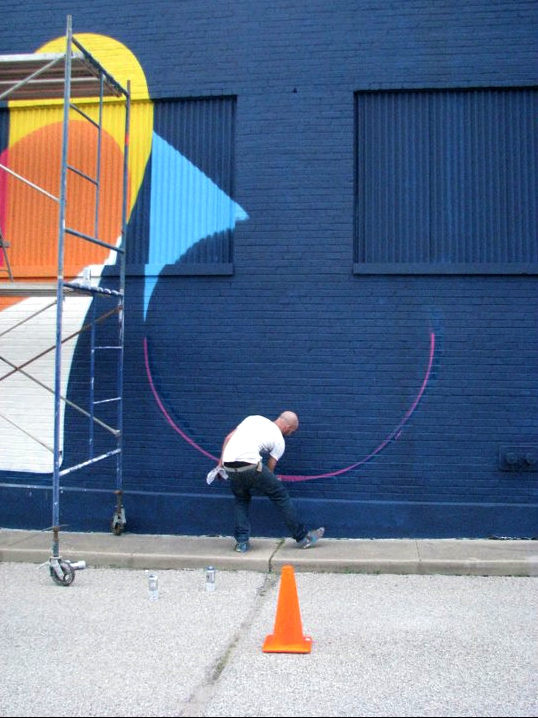 MAN & WOMAN FACING EACH OTHER. Work in progress. Memphis, Tenessee. 2011. USA. Pictures by Siphne A. Sylve 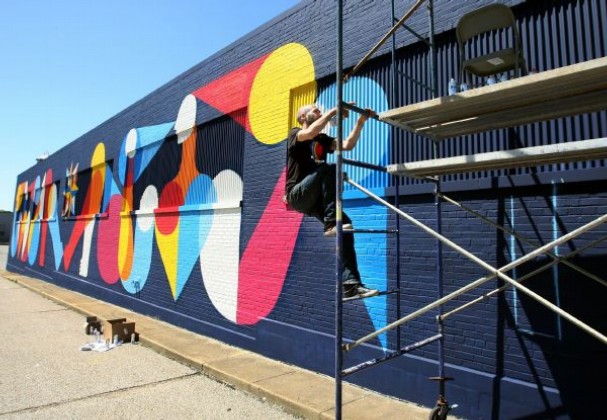 More info about the topic : http://www.commercialappeal.com/news/2011/may/07/wall-power/

On the third day of work, which was a sunday, A dad and his daughter passed by, and stopped for a couple of hours in front of the wall. We were almost alone. The vibe was smooth, the curves flowing. I was greatfull to receive this beautyfull picture, witness of the day. Thank you Scott. 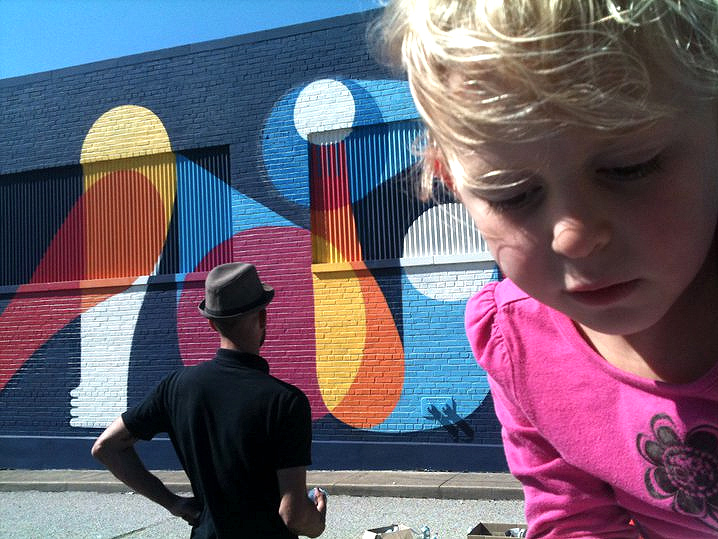 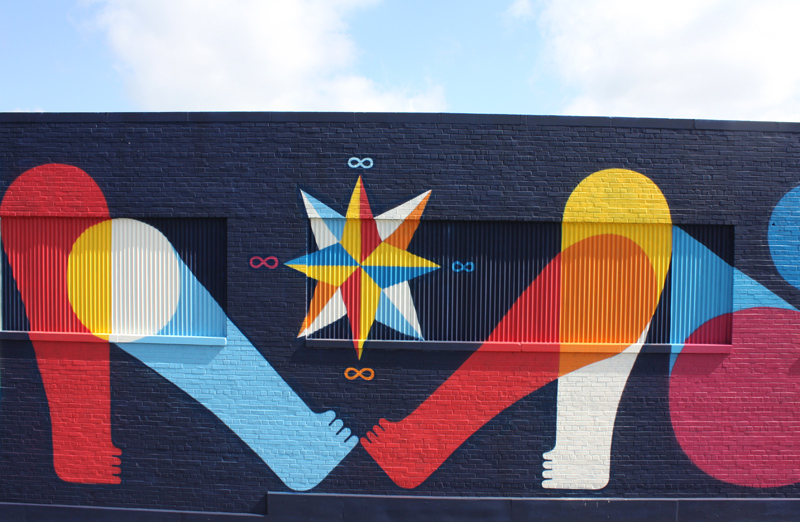 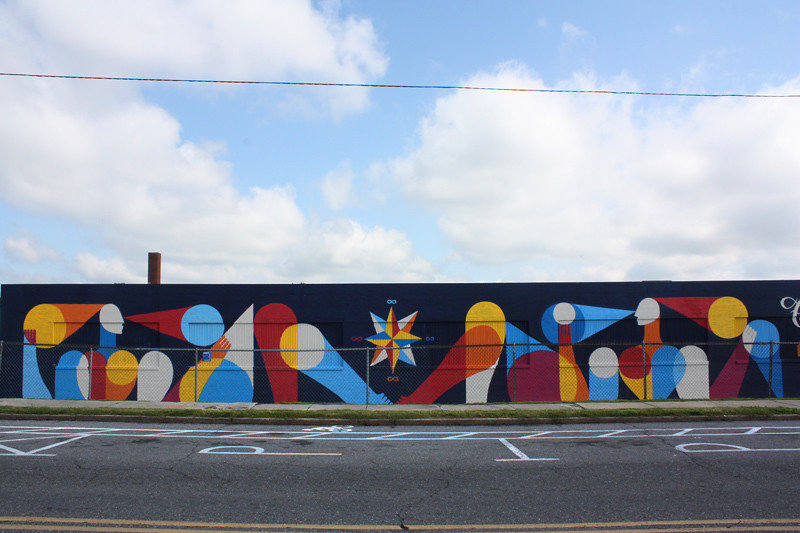 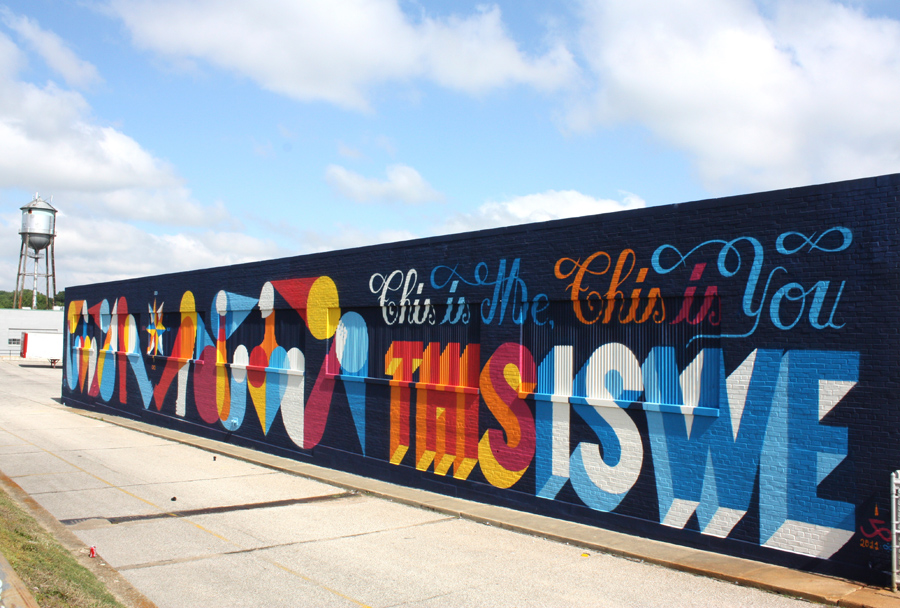 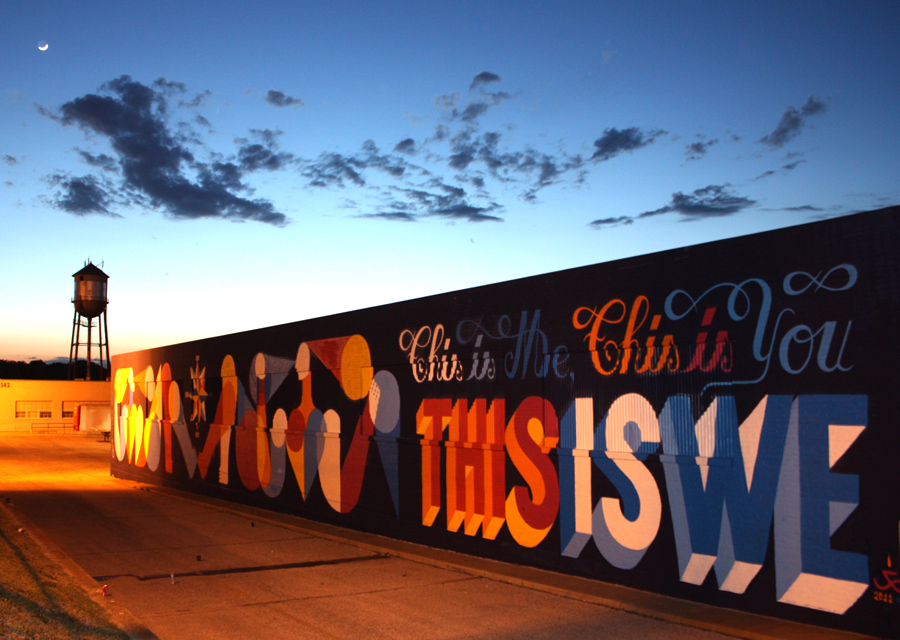