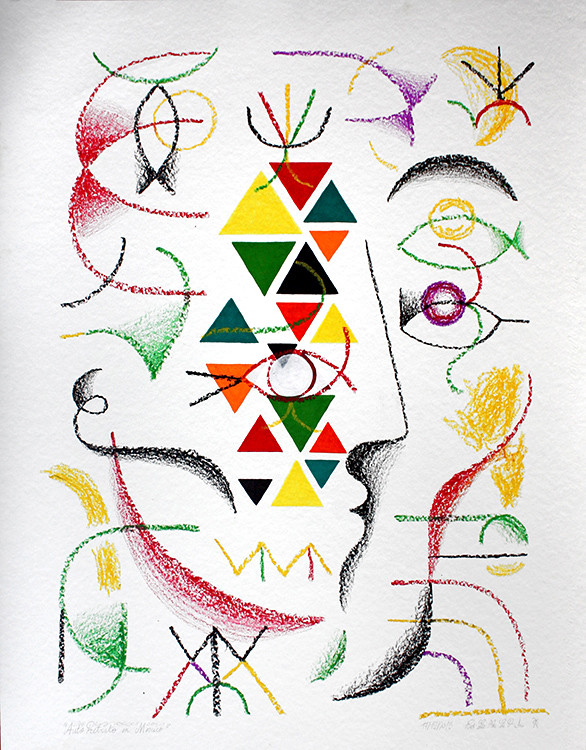 THE ART OF FREESTYLE. Part 4

I just ended yesterday the 5th step of the Art of Freestyle, but here is a quick post about the 4th. 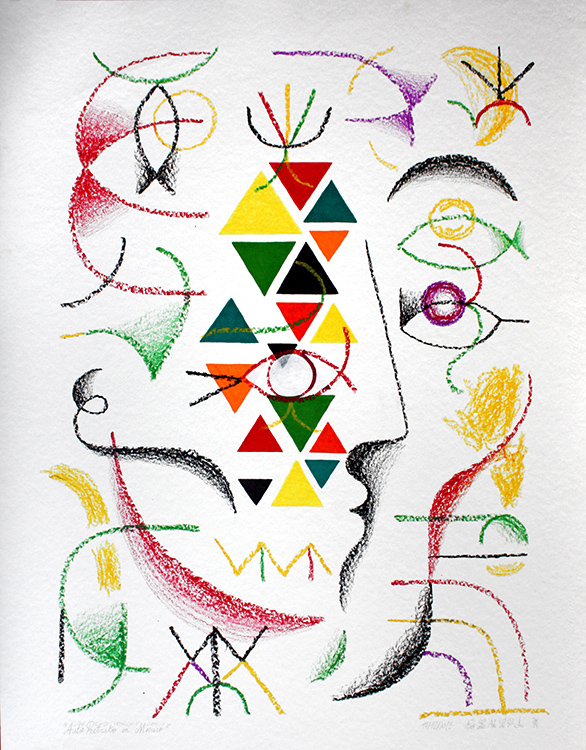 While in Mexico, I had to stay home sick, and because of the sickness, I experimented some feeling of distortion of time and space…nothing like pink elephants in the sky, but a smooth confusion, or alteration.

I thought I couldn’t paint, but slowly, after 15 days I started to create, L’ÊTRE, a work that took devotion and patience. But wright after, I felt like going back in time, and I began to draw more roughly, still with the same concentration, just being more gestual. Making each line a begining, such as an end in itself. No mistake allowed, and if it happen, I make her become a rule by repeting it on and on.

I managed to do 3 self-portraits, each of them took an hour or two, while I was enjoying each step of it, leaving just few space for doubt, acting with no fear. Because I know I can always find a rythm though the rhyme. 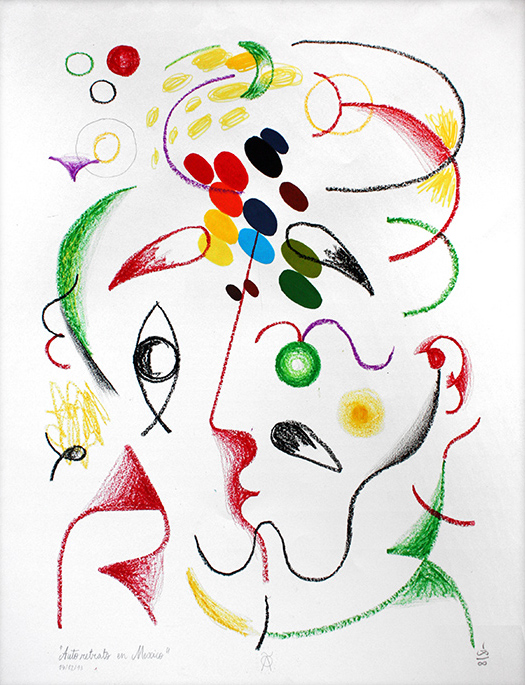 The base of the drawing above are the stains I did as a «test» while I was searching the colors for L’ÊTRE . And it became something else, a sort of solar system, on a journey, through my head.

I hope some of those colors also can drop on your front head.

The last self-portrait is very special…. It started with a color markor, drawn a symbol representing the Peyote, a substance out of a cactus that huichol shaman use to bring knowledge and harmony to themselves and their people. I thought of it as a kind of third eye, a kind of door to the invisible. And the View was great. So I kept on with a black nose and lip shape, which looks like the key hole. Then, I took some sprays, and painted a big yellow hollow, a blue chin, a red throat. Finally, I used some oilchalk to draw the shapes of my bones, my eyes or ears,  a detail of a gear…and There I was. 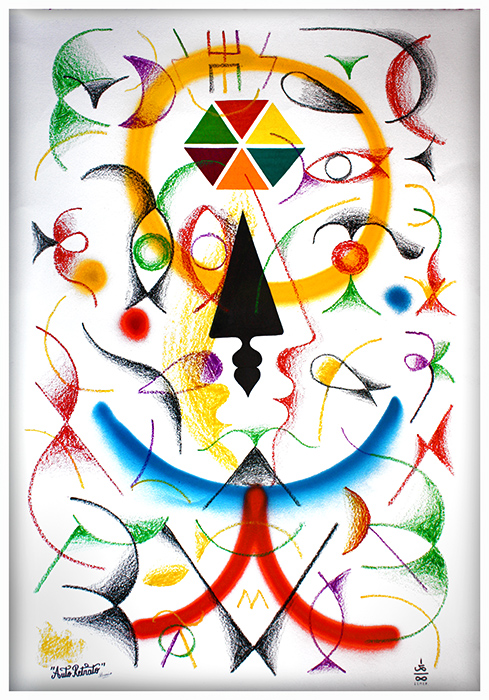 The game in the process of freestyling around the self-portrait, is not to understand what I look like, but to feel who I really Am.