In december, I’ve been invited by Primary flights and GGG gallery, in order to exhibit a few works and paint a mural in Wynwood. Miami, USA. 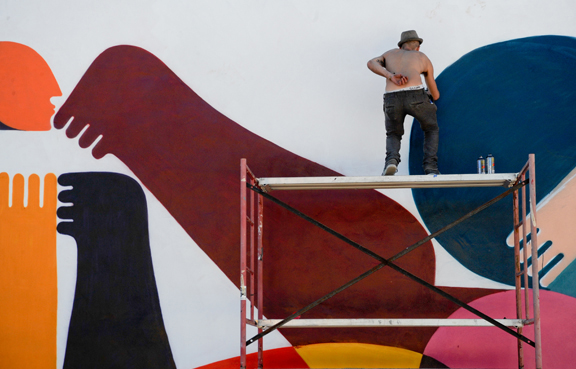 THE MOVEMENT. work in progress. Miami. Photo by Daniel CIMA.

I had to adapt my work to a really wide horizontal space, and I was not used to this kind of proportion anymore, since I’ve been creating lots of vertical pieces lately. I figured out I had to make once more a «step painting». In order to fill in the whole space, i needed various images one beside the other more than a unique image or icone. Considering that and the state of mind I was in, I choosed to represent the movement of a character step by step. Like a decomposition of the movement in 5 phases. 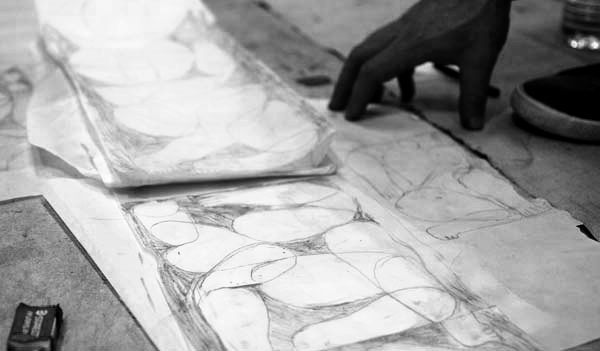 Sketch for THE MOVEMENT. Pencil on paper. Photo by Alexone. 2010.

Final step of  THE MOVEMENT. Sketch. Pencil on paper. 2010

Though, it was not the first step painting i had made, but the third one. The first one was in London, and the second one in Atlanta.

I first started to re-draw some steps I already had passed by, and kept on till the climax of the movement. At first, there were 11 steps, but I realised i should quit all the first one (aceptation of pain, meditation, mutation) because I already managed to paint them in Atlanta (you can check the post about it on that link : http://remed.es/web/2010/09/the-rising-first-step/). 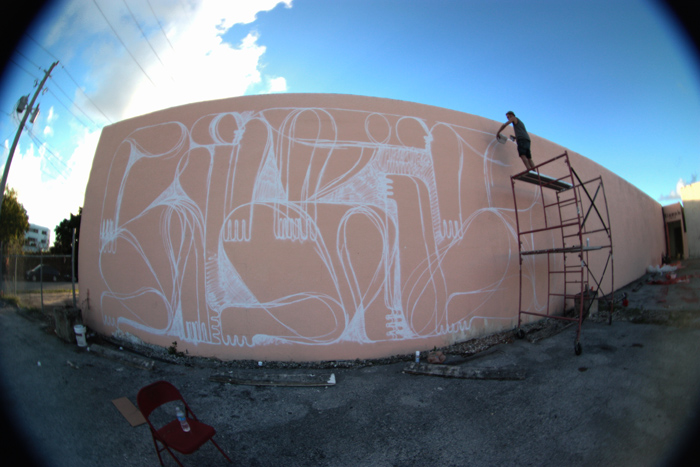 THE MOVEMENT (sketching the wall). Photo by Alexone. MIAMI 2010

That’s why, as you can see on the upper picture, instead of starting with a painfull kneeling man, the first step present a man just ready to go. He is more or less in the position of a runner waiting for the gunshot to jump on his way. The character is taking more and more space while evoluating from one move to the next one. 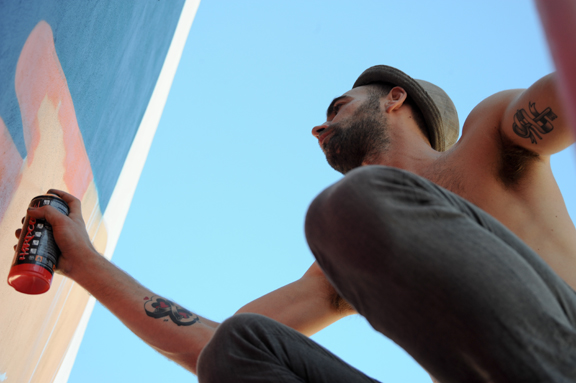 THE MOVEMENT. Work in progress. Photo by Daniel CIMA. Miami 2010 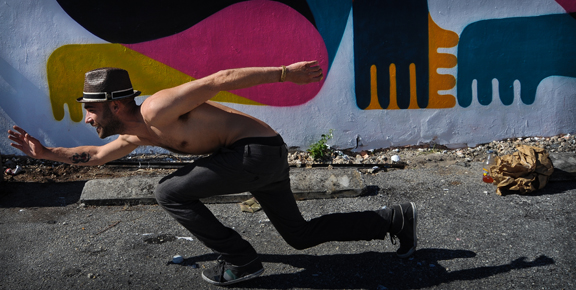 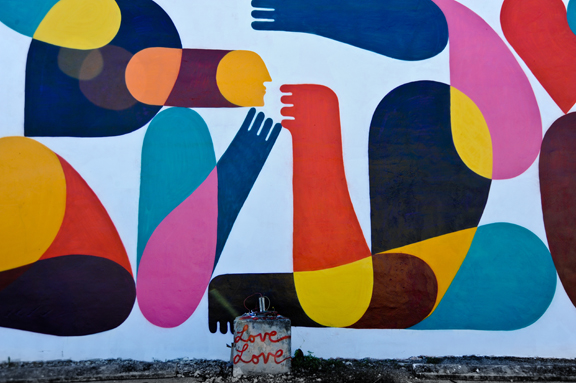 This picture above is in between the third and fourth step, in which the character is almost diving in order to extend his movement to the next door. I like this picture, because «coincidence that doesn’t exist» made a friend of I wrote this two «love» tags, And i guess it helps the move. 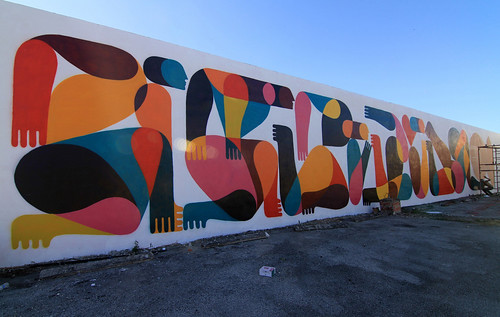 THE MOVEMENT. Work in progress. Photo by Luna PARK. Miami 2010

On the final step, you can see that the character is entering a new door, his head already going through it, still conected to the future represented by a large vertical eye at the end of the image. Who knows what he’ll find beyond… 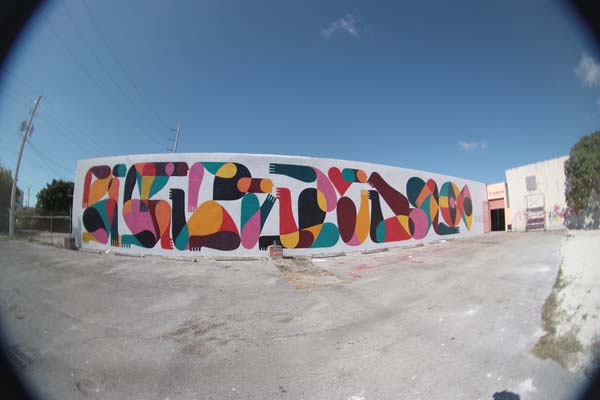