A few mounths ago, i’ve been invited to Atlanta (Georgia,  USA), by EYEDRUM, the French Consulate, Blaki and Monica, to take part in the LIVING WALLS streetart festival. 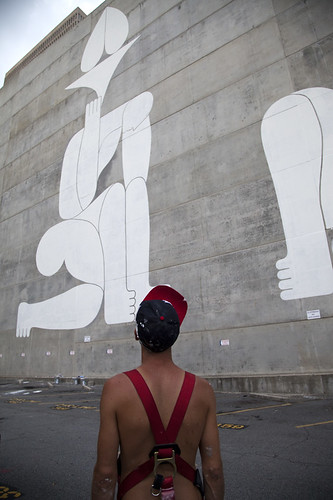 I’ve been proposed to make a huge mural downtown. 11 stories building, which is around 40m height for 90m width.
When i’ve seen the picture of the virgin wall, i’ve been amazed and scared by the size of this canva. A massive grey mass in the city.

I felt more than honoured and really desire to make something more than good and expressive, positive, and binded to the city.

I  learnt that Atlanta is one of the biggest concentration of afro-american people in the USA. I found out that it is where Martin luther king born and fought oppression of black people, defend their right as humanbeing.
At this point of my life, my energy was quite down, and i was afraid of not being able to find the strenght to build something charged with hope and will of creation. I needed to express something about my self but was afraid of the result being to dark to give to anyone. 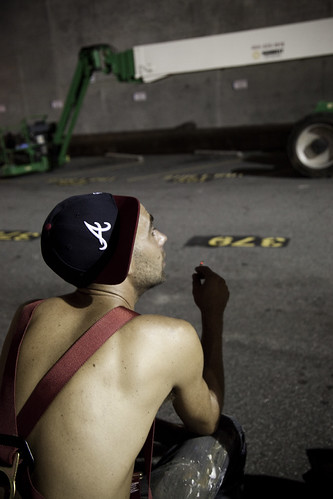 The first lines that came were those of a guy kneeling down. Almost laying on the floor under the pressure of some weight, to heavy for him to stand streight.

I then found the title, «The Rising». I didn’t want to let the darkness of  this heavy mass burry him. So i kept on the story and manage to find a way to make him slowly stand up. Untill he could  rise again, holding a symbol of light, and be able to spread it again.. At first it was an eye, but i was not satisfied. 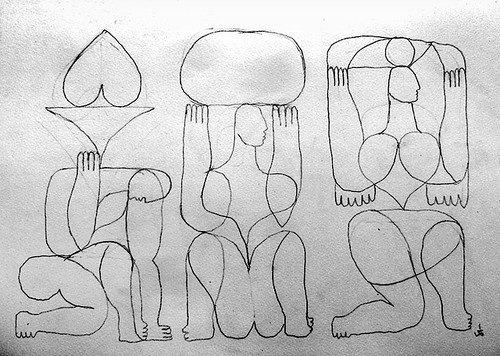 I then made some research about the city and discovered  that in 1864, Atlanta has been almost completely destroyed by a fire. After the war, the city being destroyed then rebuild, someone did a sculpture of a woman, half naked, holding a phoenix, rising up from the ashes. 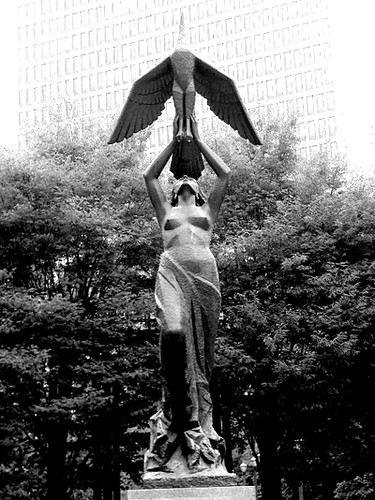 And i found the picture of a statue taht gave me the key to the next door. 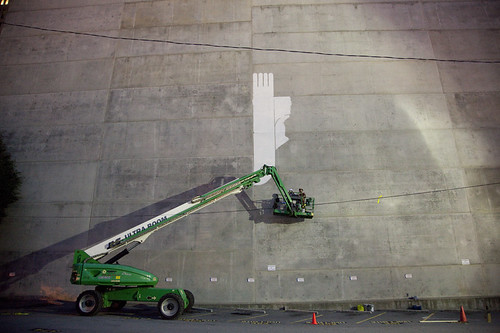 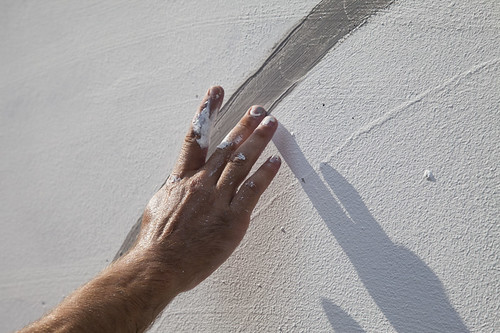 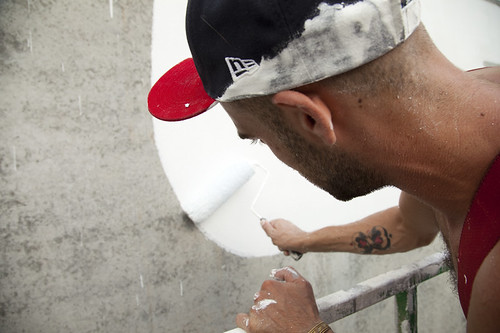 Facing quite a lot of complications, i only been able to work 5 days, with the great help of Keif and Chay, that i sincerely give a big THANK U for cheering me up all way long. We managed to create two of the three character, the one supporting pain, and the second one, in mutation,  facing the world and holding over his hand the dark energy, making it mutate in something new, starting the act of «creation». 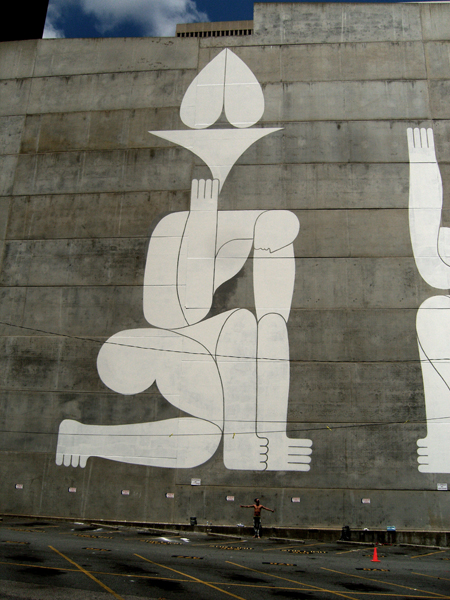 I’ll come back to Atlanta in october, in order to realise the third step. And then color the full piece. I’m really impatient to keep on that story, and reach the climax of it. I whish the same to anyone. From and out of Atlanta. 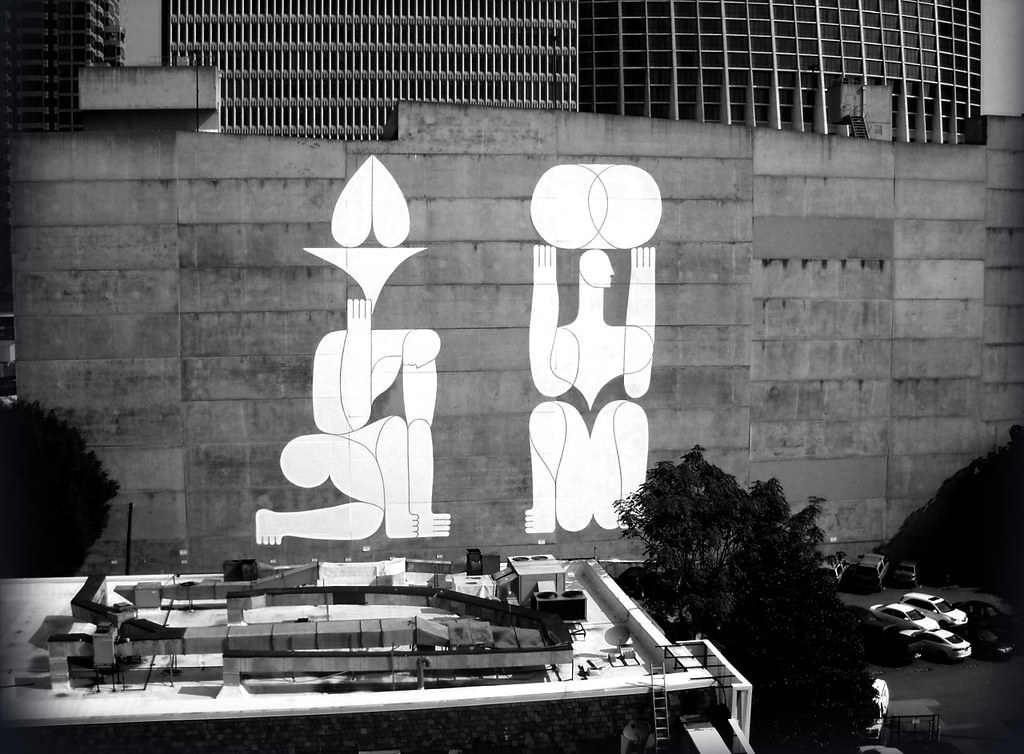