THE TELLER AND THE LETTER. Mexico & Martinique.

I always loved the Letter. For its shape, for its inner-power. The infinite potential of depth and shape through the association of one of them with another, in a word, or all of them in a phrase. 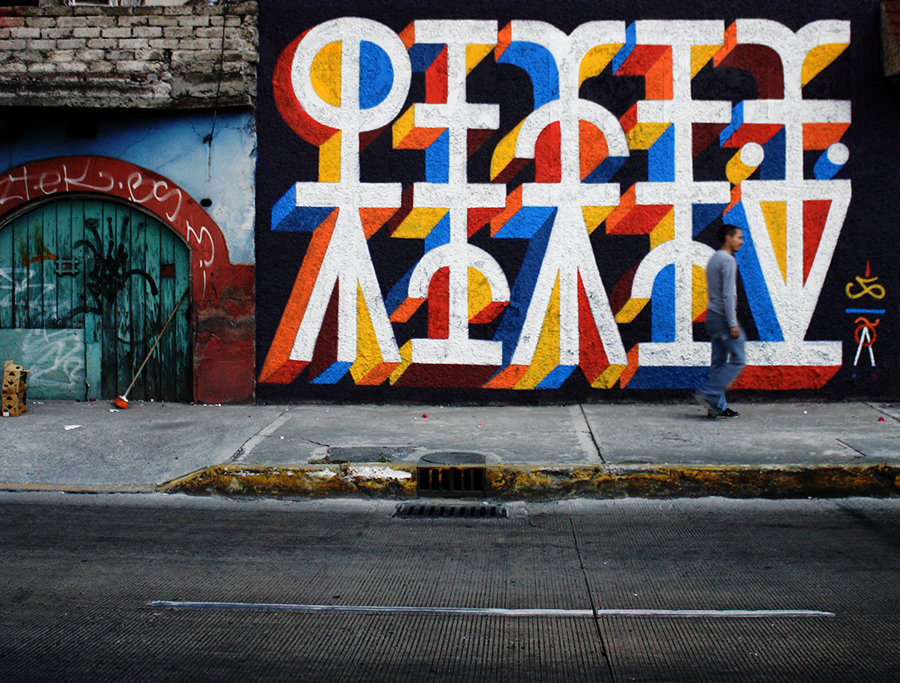 Apart from the auditive language, I, as most young human-beings, naturally tended to «draw a description» of something rather than trying to «write» in order to register an information, whether it was material or emotional.

And then, I learnt to write, and at a time I needed, it was the most complete and efficient way I found and used to express my self.

But further on, I discovered the Art of tag and graffiti, and later figured out I could play with the letter as one can play with the body, or the landscape. 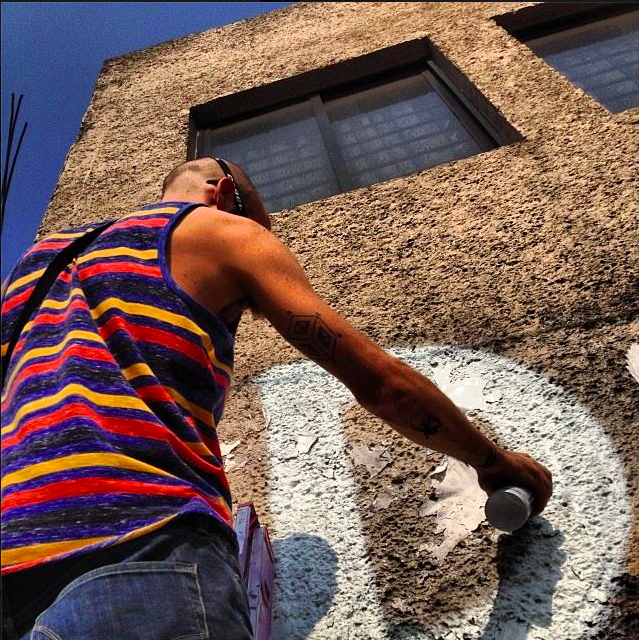 Later, I have being confirmed that each letter of our alphabet (and most of «alphabets») comes from the geomtrical representation of something that » is » (visible or invisible). So I choosed to walk on the way back to the roots. Wandering rather than seeking. Available.

And that’s how, the «Writing» goes closer to its essence, becoming «drawing again». And so the «drawing» can become the letter too, in a cycle of juxtaposition of points of view. All is the whole, the whole is all. And the wall becomes a hole, put your eye in and u’ll see the Universe and the way back beyond. We are 1 out of the 0. Together we are ϕ 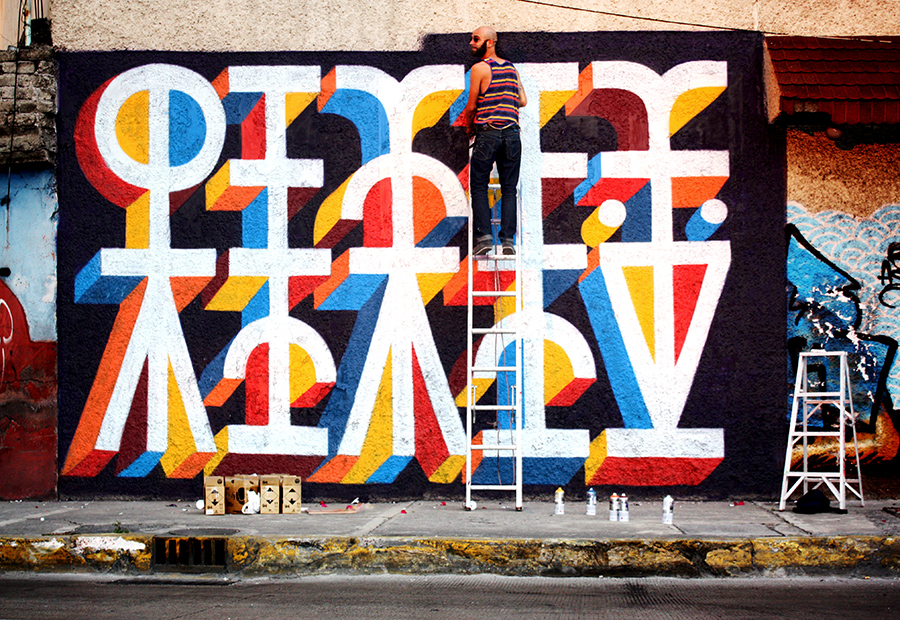 That is why, I loved and still Love to play with letters. Even if its just to write my «self chosen name» (aka), which means «remedy». I just do my best to write this word with a sincere intention. 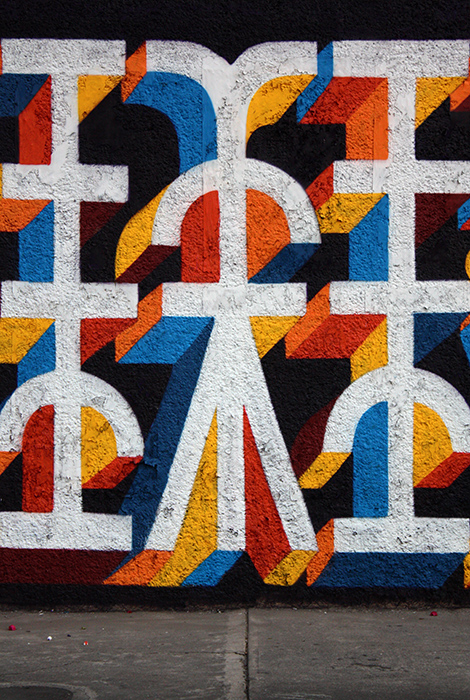 Also, this two murals are made an instant freestyle, a very fast work, I guess I felt I should use one word that vibrate in me, rather than many of them I don’t know enough. 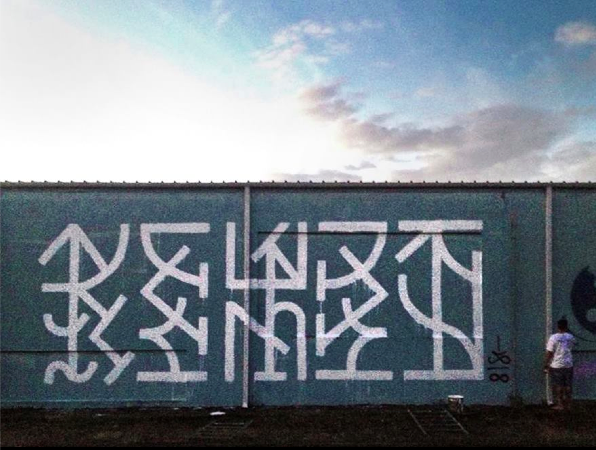 For the anecdote about this jazz above,  while I was creating it, I didn’t knew at all where I was going but on the path to surprise. I choosed the word, the global size of it, and just took the pal ending with the rollo, and started the first «R», a letter I’m confortable with that would allow me most illusional randomness in the structure. To be surprised, and satisfied. Focus.

But then I arrived to the «M» and started to decompose my knowledge of it, but one part of me was trying hard to remind me a «classic» grid. In the fight, I found another schema. And thanks to the perception of another viewer, I seen a man, sitting, talking with the sun, staring at the sky. And I liked it.