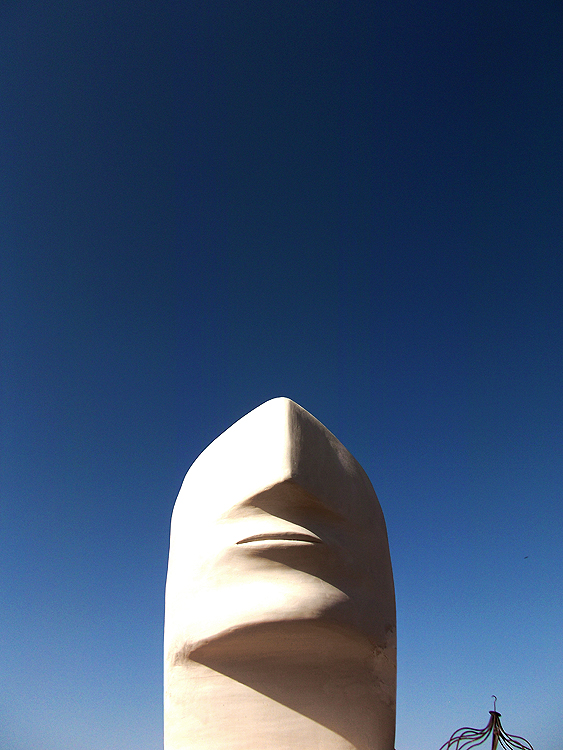 This latest month, I’ve been spending relative time in Marrakech. I had the great luck to Live again the roots of I, to meet myself again.

Everyday, during something like a week (a moroccan week, which his quite diferent than an occidental week) I was riding a small moto (it could have been a mule or a donkey) down Essaouira road.

I wanted to reach a village of kraftmens in which I’ve been introduced to a Malhem*. After having shared some time together, he  kindly accepted to teach me the Art of coiling pottery. 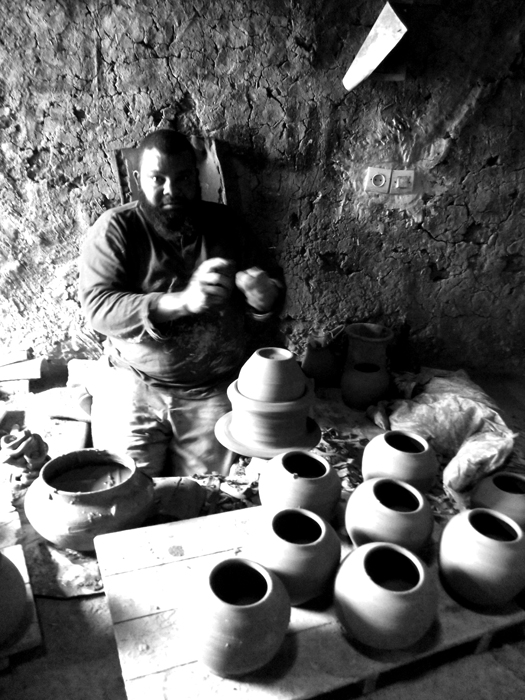 During the first two days, he was not here, so i walked in the village, steped in a few houses and met some kraftmen, learned some words, shared some tea, get some smiles.

While I was seing all the vases and jars, some of them dancing round and round, almost as tall as a human being, the thought of a woman body came to my mind. I went back to the city, and forgot for a wide so as to focus on painting. But then, between two layers, I seen her sensual shapes on one of the fastest awaken dream i ever had. And I felt the strong desire of seing her appearing in front of my eyes, under my hands, in a beautyfull and voluptuous shape. 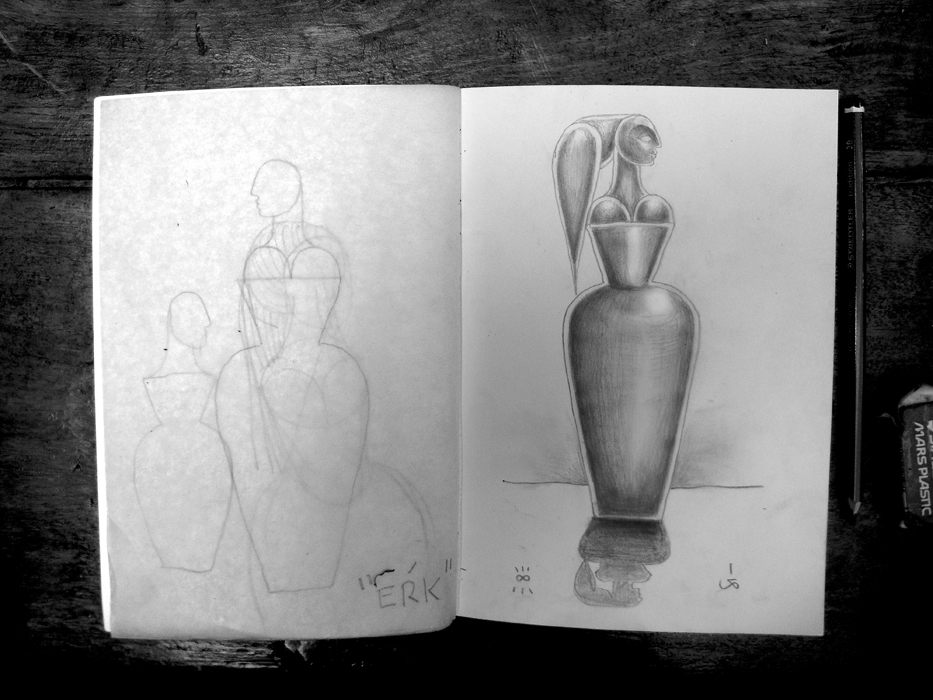 Sketch for the futur sculpture of a woman. Pen on paper. Marrakech. 2011

However I was deeply motivated, I realised it would be impossible to make it real for the first time I would work with earth. I have a good feeling with it, but I learned how hard it is to build something keeping emptyness inside. Light but strong. You have to be patient.

Although I could already turn around her in my head,  I had to start with something necessary. Making my own head, the one of a man. Empty inside.

Finally, I started with the neck. 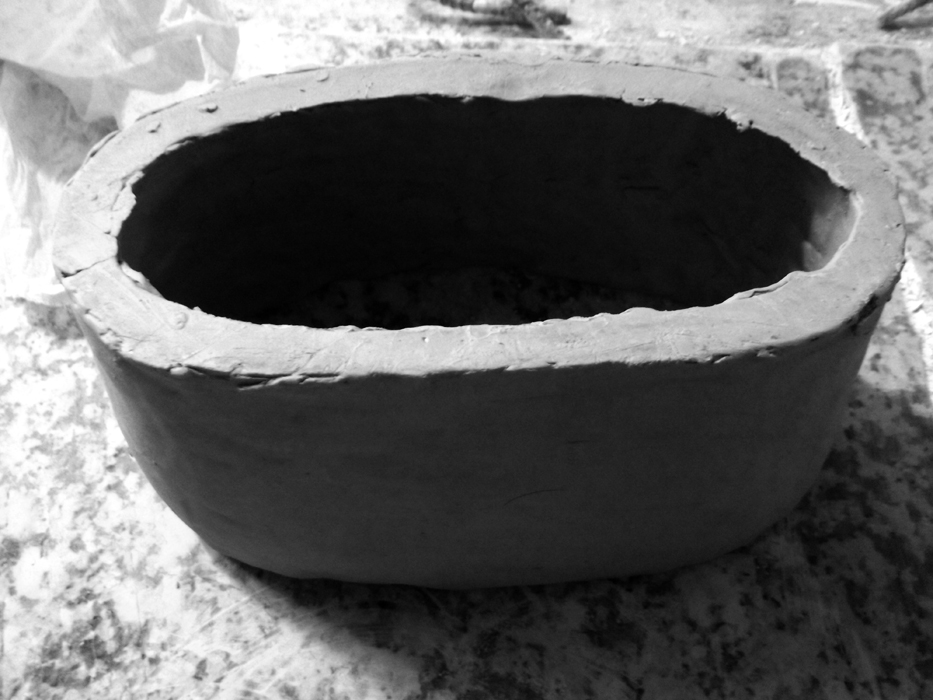 The neck of the UNIVERSAL SELF. White earth. Marrakech. 2011

I worked with the ancestral technic of «Colombin». It consists in making cylinders with the palms, on a flat surface, then add each «curvable tube» one over the other, the volume growing step by step. 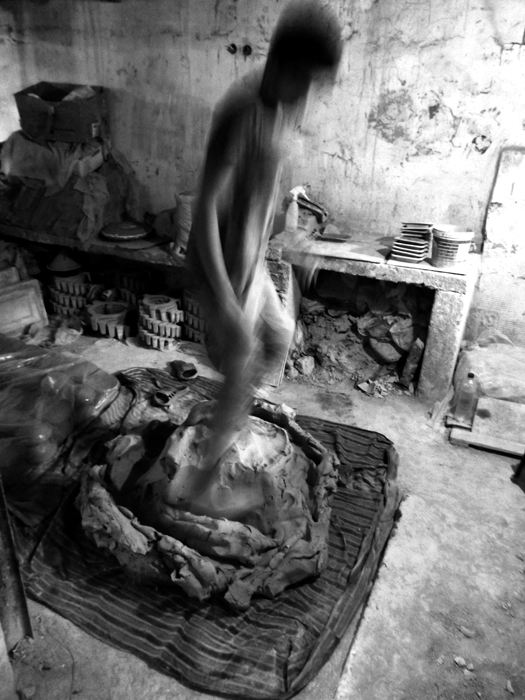 Refreshing the earth, mixing it  with the feet.  Marrakech.2011

On the forth day, my friend and «colombin» master, showed me how to smooth the texture of the head. I wondered about doing it because I  liked a lot the style of it «uncleaned». You could see all the strata of its conception. It was giving it a timeless feeling. 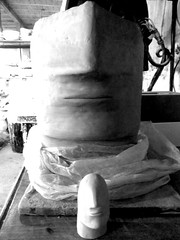 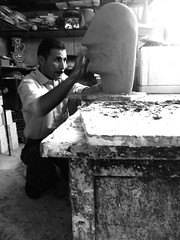 My friend, Abdeslam helping me. Marrakech.2011 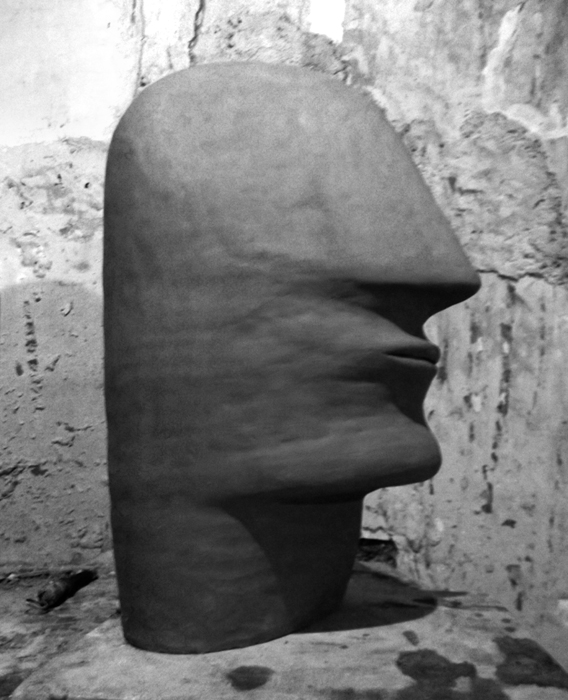 The head before the «smoothing» step. Coiling pottery. 45cm. Marrakech. 2011.

Eventually, I was really happy of the choice of working more in order to make it smoother, and that was how I imaginated it at first. What I especially enjoyed, was to discover that the head, seen from top, looks exactly like the yingyanged heart I often use to express what I want to. 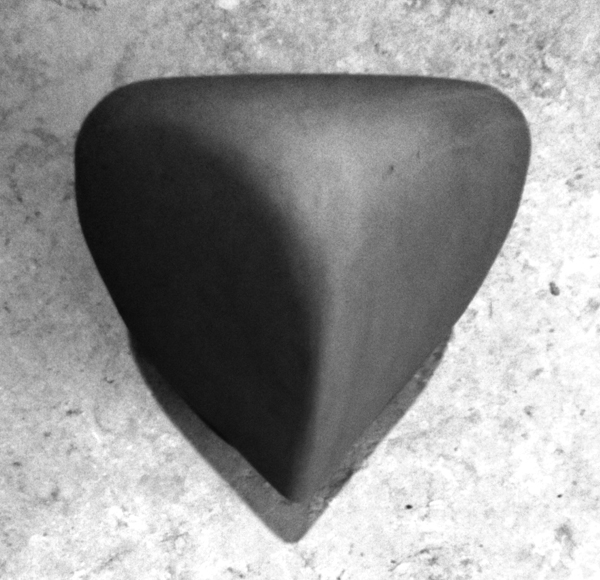 I left Marrakech before that the head had been cooked, so I will only enjoy its final vision on my next travel to Morocco. Eventhough, I went on the roof of the workshop, from which you could see the mountains of the Atla, and took some pictures of my head in the sky, under Marrakech’s light. Which I Love. 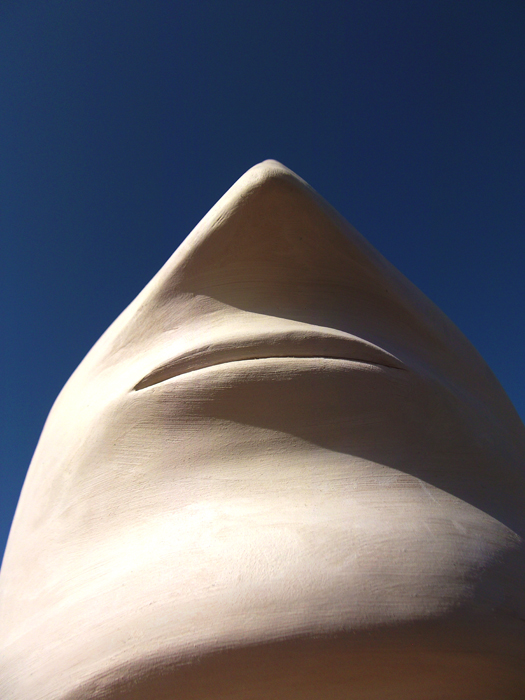 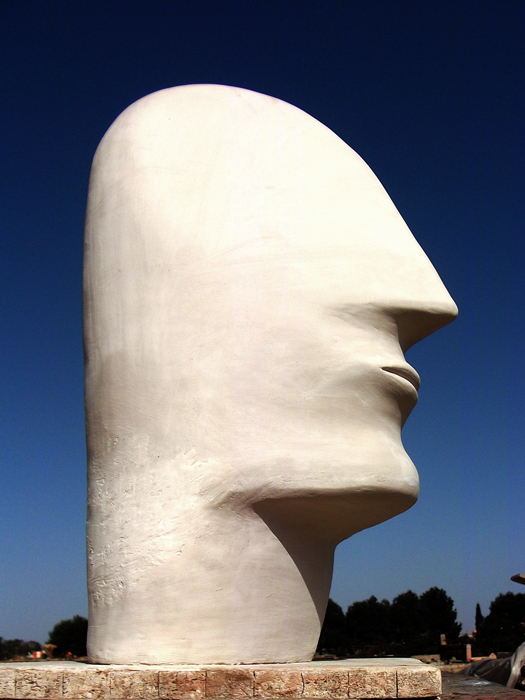 Malhem* = Master in Art or kraft.