Early September 2011, I went for the third time in Poland.
After visiting and enjoying Wroclaw then Poznan, I discovered Lodz, a northern industrial city of Poland.
URBAN FORMS invited me among M-city, Kenor, Aryz, Satone and Etam. 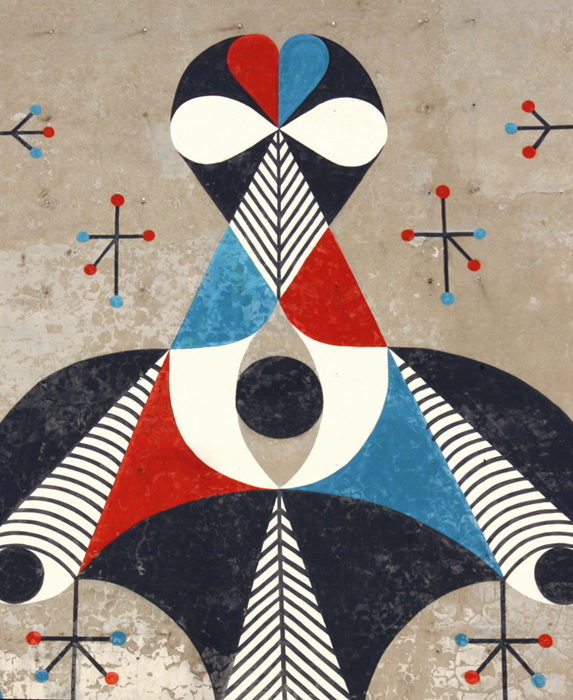 THE I BIRD. Detail. Acrylic and spray paint on wall. 10x20m

At first, I wanted to paint a drawing I already made a few weeks before, a kind of face that mutate into a bird, a sort of Phoenix I guess. 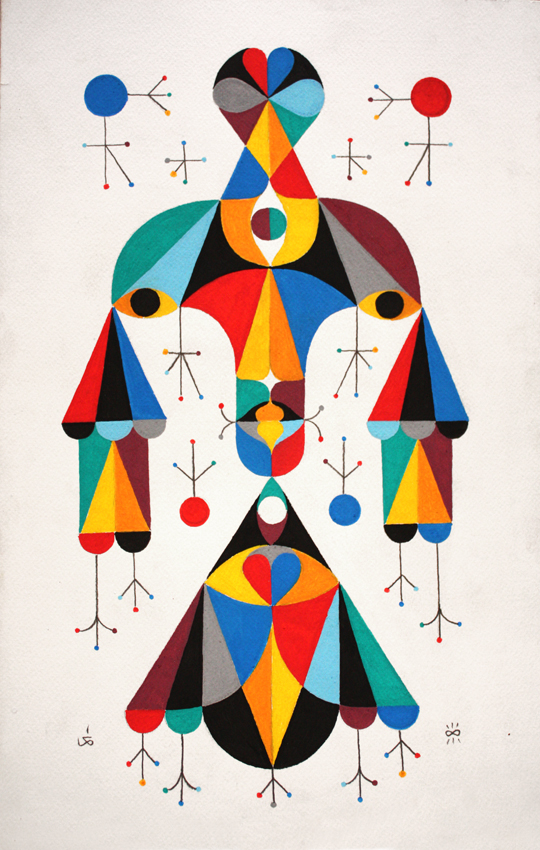 The original was really colorfull, but i felt like it wasn’t anymore the colors i wanted to use cause i wanted to keep the awesome texture that the wall gain through the years thanks to erosion. I wanted to keep most of the soul of it. 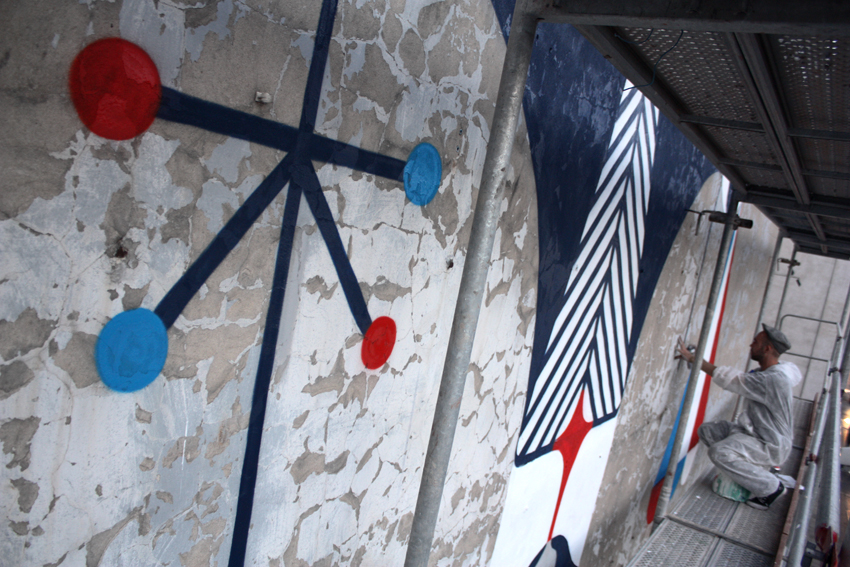 So i changed the color game into something more simple but also more contrasted with the color and texture of the wall. I felt like it was moment for me to come back to basic contrast and line game. 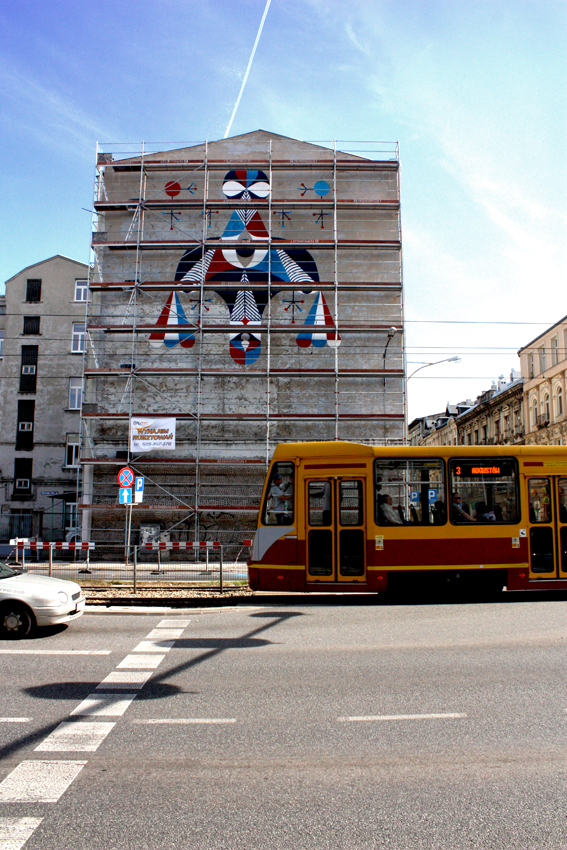 THE I BIRD. Work in progress. 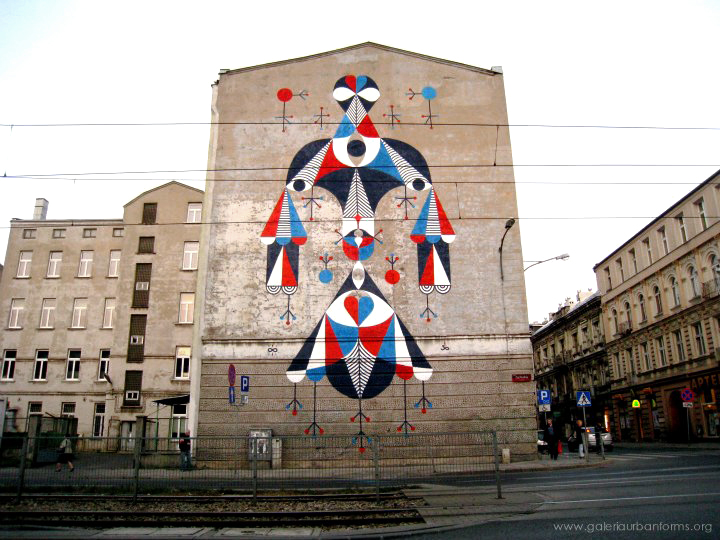 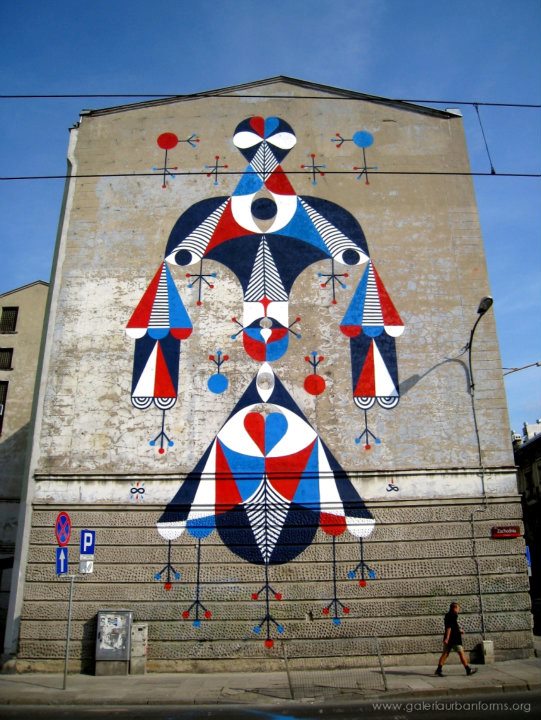