WARRIOR OF THE 8. Mural in Leon. Spain.

In April, I’ve been invited by Remedios, from Spain, in order to be part of a muralism event in the city of Leon, in Spain.

I spent 5 days there, beside my spanish hommies San, Nuria Mora, Rosh and Alberto de Pedro. It was good time creating, riding bike, sharing beers and tapas under the sun of my beloved Spain. 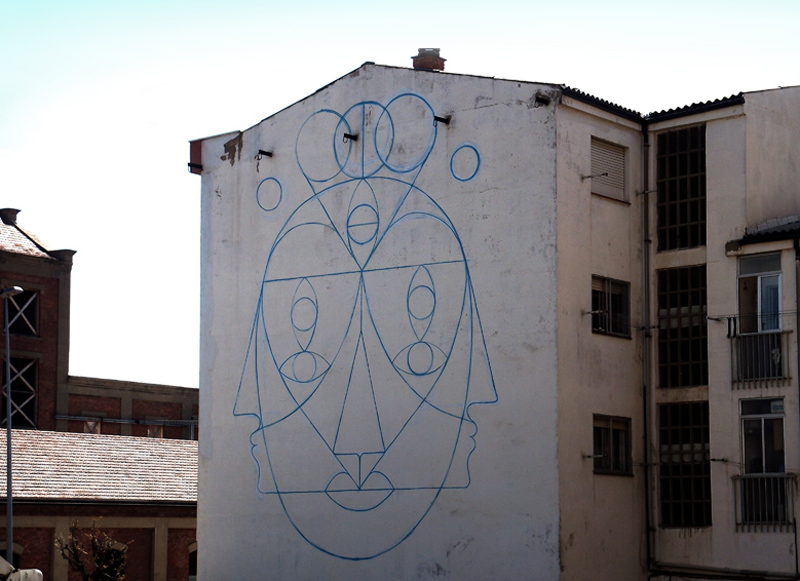 THE WARRIOR OF THE LOOP. First lines sketched on the wall. 2011. Leon, Spain.

I decided to reproduce a drawing I alreadt¡y did a few weeks ago, without expecting him to get life on a mural some day, but it happened. 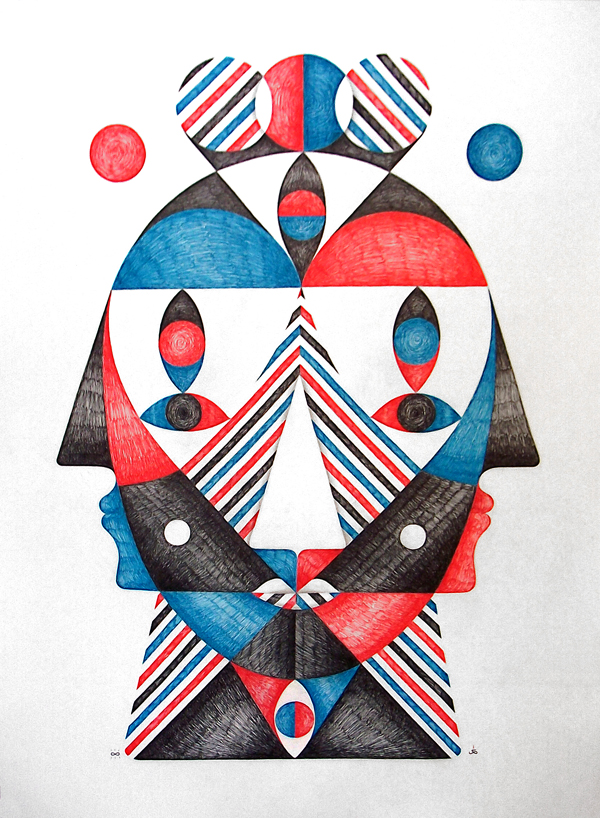 I enjoyed the gesture and spontaneous way of tracing the lines with sprays, such as the relaxing meditation of applying the bright colors on his face. 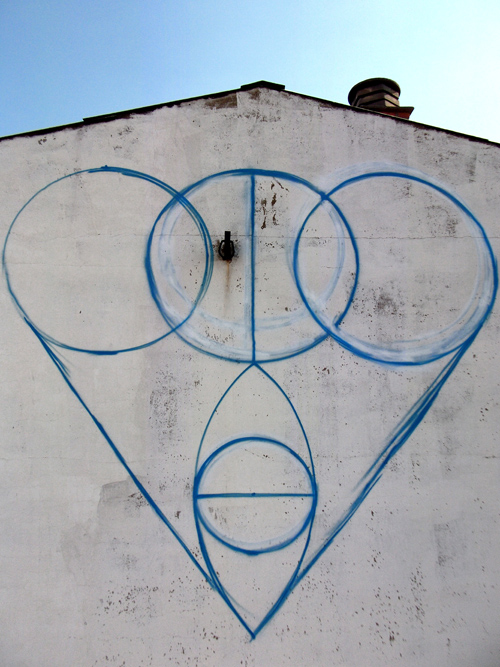 THE WARRIOR OF THE LOOP. First lines sketched on the wall. 2011. Leon, Spain 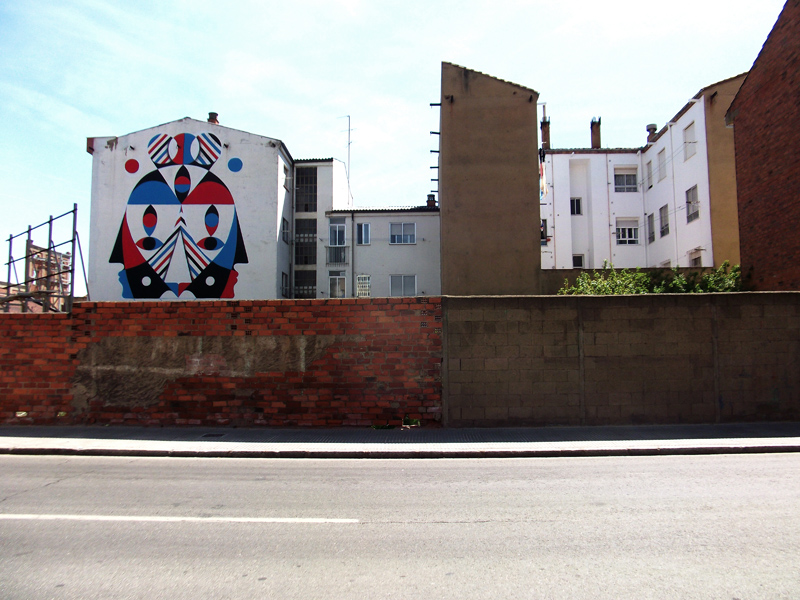 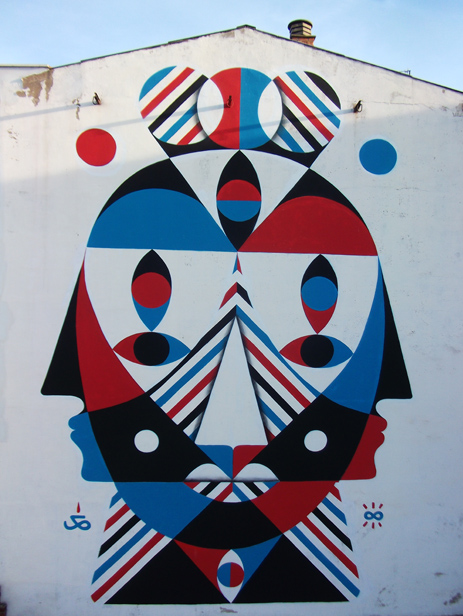 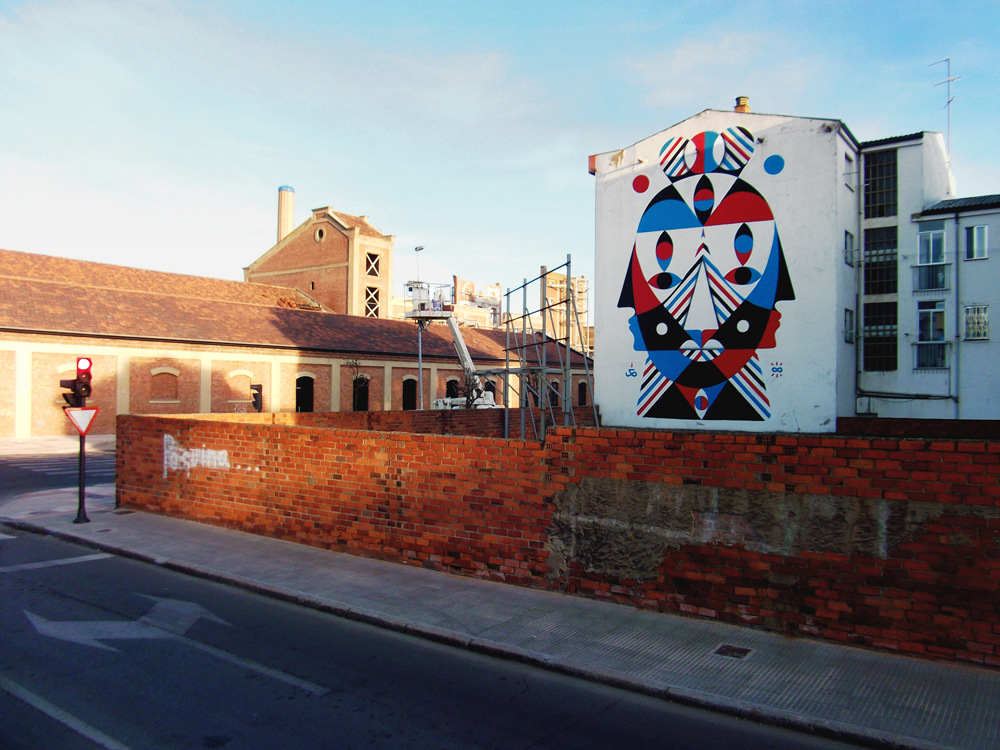 While I was there, as some Magic often happen when you’re open to see it, i made a meeting. With a great man from the neighborhood. The first thing he told me when i met him was HE KNEW THE SECRET OF GUERNICA’S LEFT HAND.

I was both amused and amazed by this strange character. I don’t really remember the secret, but i remember he found it while falling from his bike, breaking his arm. He got a flash. 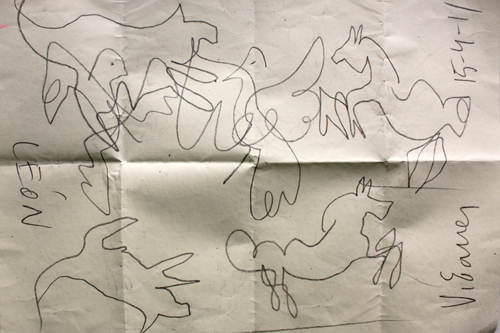 From then, while staring at the lines going out of his finger , curves of a master, I’ve been proved that he understood something big about Art. 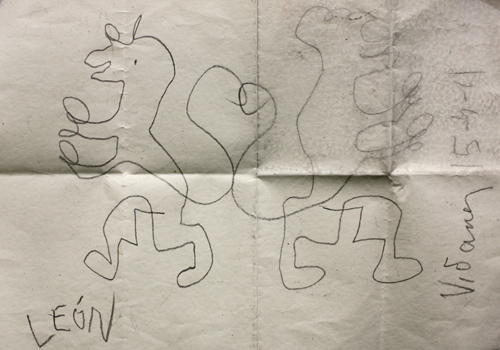 What I understood is that this man was endlessly passing from the left to the right part of his brain, constently living or reacting to Life, through eyes and heart that analyse both emotion and reason at once…I thought it was beautyfull, eventhough I know it must be hard to live everyday. But look of what comes out of the expression of his perception. He drew each symbol, or element twice, switching the pen from the left to the right hand, keeping the same flow, the same energy, the perception, the same expression.The acceptation of duality reaching one unified soul. 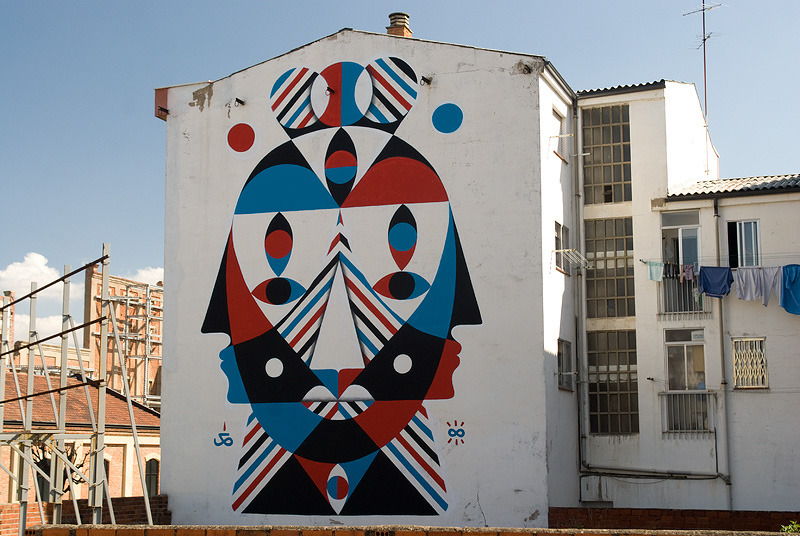 I especially Loved this meeting because as you may feel looking above, most of my Art is trying to express the duality of human being and its acceptation. Through which the understanding and growing of the Self becomes possible. 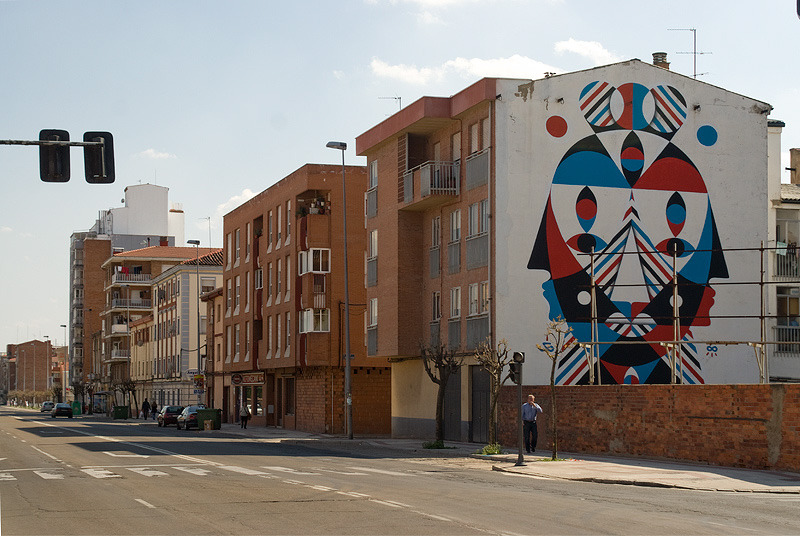